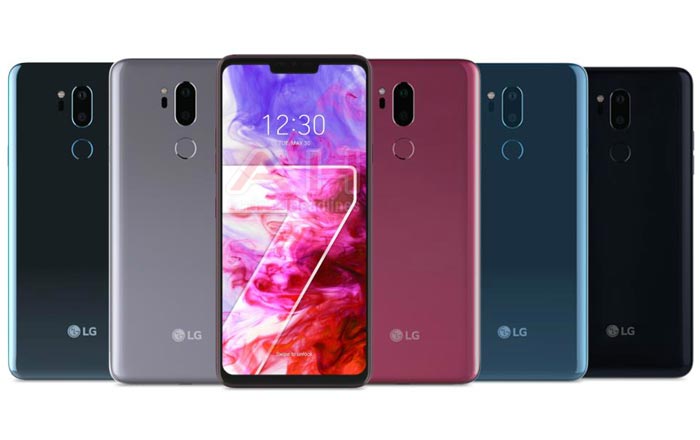 LG has blown its next flagship phone’s cover in a press release, confirming that the device will be called the LG G7 ThinQ. It’s also revealed that the smartphone will be coming out on May 2 in New York and May 3 in Seoul.

The ThinQ moniker is supposed to represent the LG G7’s AI skills. It was first spotted on the revamped V30S, promising advanced scene recognition in the camera and extra voice commands for the Google Assistant. LG will probably expand on this for its upcoming handset. Its press release offers hints at this as well.

The LG G7 ThinQ was recently leaked in a report by AndroidHeadlines which revealed all its color variants. The image above pretty much confirms everything which has been assumed about the phone till date, from its iPhone X-esque notch design to its vertical dual cameras.

LG’s apparently planning on selling the phone in Aurora Black, Moroccan Blue, Platinum Grey, Moroccan Blue (Matte), and Raspberry Rose. The black model will be the default option and the availability of the others will depend on the market.

The image also confirms a few other things about the G7 ThinQ, such as its dedicated AI button. The Galaxy S8 and S9 have one as well, but the reception to it was mixed since many didn’t feel the need to have a button just to call forth a virtual assistant.

We’ll have to wait and see how LG’s implementation will be taken. The company will hopefully allow users to remap the button for other purposes.