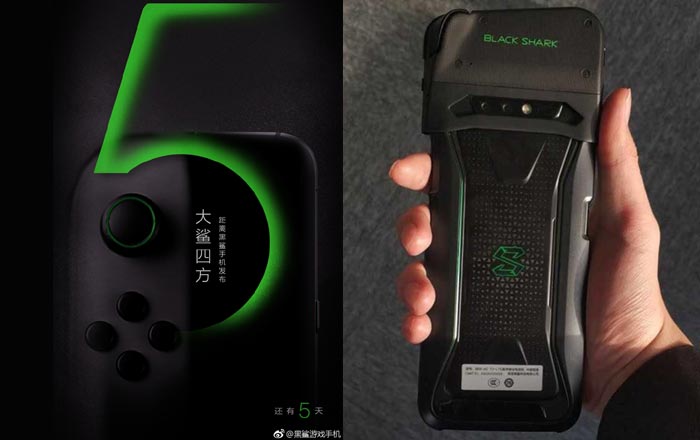 Xiaomi’s Black Shark phone is due this week, but that hasn’t stopped leaksters from revealing new details about the handset. The latest report out of China has a live snapshot of the device in someone’s hands.

To recall, Black Shark is the name of a company which Xiaomi has invested in and is clearly heavily involved with. The former is about to unveil its first smartphone on April 13, with several teasers confirming rumors that it’s a gaming-focused smartphone with a Snapdragon 845 processor at its heart.

The hands-on photo above suggests something very interesting is being cooked up for the phone. It seems the device will have some kind of Nintendo Switch-like accessory to go along with it. The contraption appears to be attached to the top of the smartphone with the Black Shark logo.

A separate teaser image implies that the accessory comes with traditional controller buttons to play games with. Motorola launched something similar with its GamePad Moto Mod for the Moto Z series. That was sold separately though, so we’ll have to wait and see whether Xiaomi will do the same or bundle it with the smartphone.

The live image also leaks out a couple of other intriguing details, like the overall design of the Black Shark device. The offering looks like a rugged hunk of plastic meant to take anything you can throw at it. There are dual cameras at the back and a Black Shark logo at the center.

Of course, it’s possible that the photo is fake and Black Shark’s device will look nothing like this in real life. We’ll know for sure on April 13.