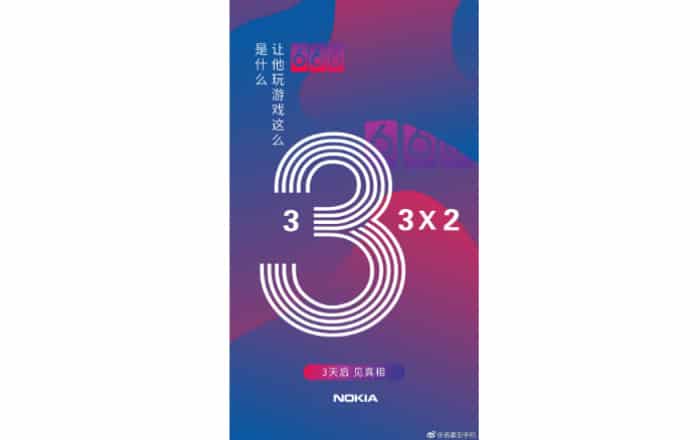 Turns out the rumors were true, the Nokia X5 AKA Nokia 5.1 Plus is indeed coming out on July 11. HMD Global has officially started teasing the smartphone via its Weibo handle in China.

To be clear, HMD Global hasn’t mentioned the Nokia X5 by name yet. Still, it’s the most obvious candidate given the flood of leaks about the device. Plus, the text accompanying the poster above talks about a full-screen design.

The numbers ‘666’ and ‘3 x 2’ are repeatedly emphasized in the poster, but it’s unclear what these could mean. There are also some hints at superior gaming, so perhaps a powerful processor is on the cards. The Nokia X5’s TENAA listing revealed that it has a 2GHz octa-core SoC inside.

Some say HMD Global will be opting for MediaTek’s Helio P23 chip. The Nokia X5 is probably going to get hold of a notch-centric design with a 19:9 aspect ratio. The screen itself may measure 5.86-inch and feature a 720 x 1520p resolution.

Also Read: Nokia X6 global launch to begin on July 19 as Nokia 6.1 Plus

Other than the Nokia X5, HMD Global might just decide to release the Nokia 8810 4G at the event. The handset passed by TENAA a few days ago and should be all ready to be launched. It was actually announced at the MWC 2018 back in February this year, but it hasn’t hit any markets yet.

HMD Global CPO Juho Sarvikas recently tweeted about the phone, teasing that it would gain support for WhatsApp within its KaiOS ecosystem. We’ll find out what’s in store as soon as July 11 arrives.