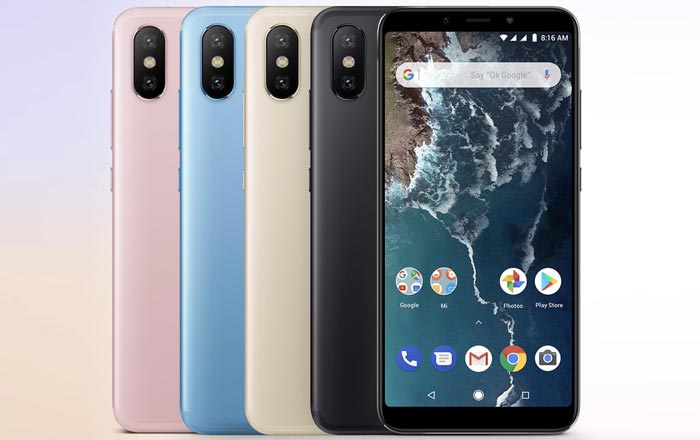 The Xiaomi Mi A2 has officially landed in India. The Android One phone made its international debut last month in Spain and it’s arriving in the subcontinent with a couple of changes.

For one thing, the Indian version of the Mi A2 supports Quick Charge 4.0, while its global variant makes do with the Quick Charge 3.0 standard. For another, the phone is making its way to the country in 2 options instead of 3.

The first 4GB/64GB Mi A2 model costs Rs 16999, a tad higher than the Mi A1 which went for Rs 14999. The second 6GB/128GB iteration doesn’t have a price tag or release date yet, but it is coming soon. Color choices include Rose Gold, Lake Blue, Black, and Gold.

To recap, the Mi A2 is the global version of the Mi 6X. The two are mostly the same, except the former is part of the Android One program. This membership means the device runs on stock Android, gets monthly security updates, and is guaranteed 2 years of OS updates.

Xiaomi hasn’t had a great track record with these updates for the Mi A1. It took ages for the brand to roll out Android 8.0 Oreo for the handset and it released version 8.1 just last month. The company pulled out the upgrade in both cases due to bugs and re-released them at a later date.