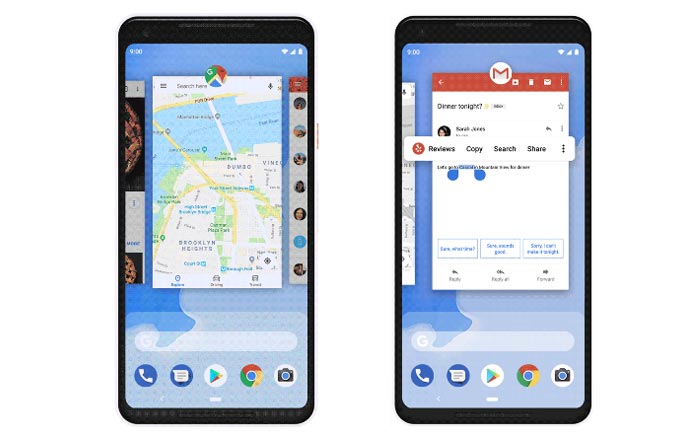 Android 9.0 Pie is officially out and about now, rolling out to the Pixel and Pixel 2 family OTA. One of the most interesting new features is Google’s new iPhone X-like navigation system. As it turns out, the Pixel 3 might adopt the gestures as its only navigation system.

Instead of the traditional 3-button format, Android Pie has a single pill-shaped home button at the center and a back button to its left. The back button disappears when it’s not needed. This setup is optional for most Android phones, so users can switch between the classic look and the new one.

An Android Central interview with Google’s UX manager for Android handheld and Pixel EK Chung suggests that the company will use gesture-based navigation in the Pixel 3 and Pixel 3 XL. The brand is going to make these gestures switched on by default in its future phones, along with any manufacturer who wants to use it.

It should be noted that Google didn’t actually confirm that future Pixels will only have this new type of navigation, only that the default system in Android 9.0 is gestures. It’s fairly clear that the new Pixel phones will have this system enabled by default, so the only question is whether people will have the option to switch back to the old three-button style.

Google is moving past the latter after conducting user diagnostics and finding out that very few folks actually used the multitasking button regularly. It also found that people took to the gesture system very quickly and their favorite feature was the ability to switch between apps by sliding the home button to the right.

The Pixel 3 and Pixel 3 XL are probably making their debut on October 4, just like last year and the year before that. Proof of this came to the surface recently when Google posted an ad online for Canadian video creators to review the Pixel 3. However, there’s no way to tell if the ad actually originated from Google, so we’ll watch out for an official date announcement.