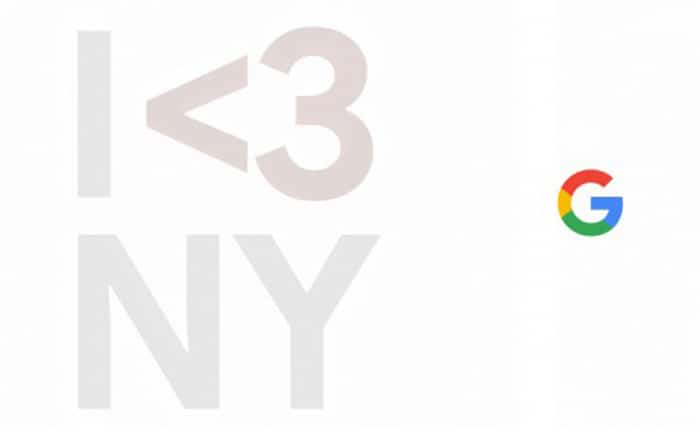 Google has finally announced what everyone else has known for a while – it’s hosting an event on October 9. The company’s playing coy with what’s going to be launched at the occasion, but it’s common knowledge at this point that the Pixel 3 and Pixel 3 XL are making their debuts.

The invite for the event doesn’t reveal much. It’s an animated GIF which says “I <3 NY,” with the ‘3’ clearly meant to represent the Pixel 3 lineup. The unveiling is taking place in New York this year instead of California. Even the date has changed by a few days, going from October 4 for the past 2 years to October 9.

It’s too bad the phones have already gotten so thoroughly leaked. The Pixel 3 XL has already been spotted in a subway, a streetcar, and the back of a taxi. Its smaller sibling is also the star of a couple of hands-on leaks.

The Pixel 3 XL is being raked over the coals for its huge notch which many say is extremely distracting and a poor design choice. Some are hoping Google is pulling their legs with all these leaks and is actually going to reveal something completely different on October 9.

This doesn’t look very likely, but one can hope. Notch haters might have a better time considering the Pixel 3 since it doesn’t have a cutout and will probably have a lot in common with the Pixel 3 XL. Both are set to sport a single camera at the back and dual lenses up front. Wireless charging is set to be present as well.

For those more interested in Google’s other hardware products, the firm is reportedly going to show off a new Pixelbook, a Google Home with a display, and improved Pixel Buds.