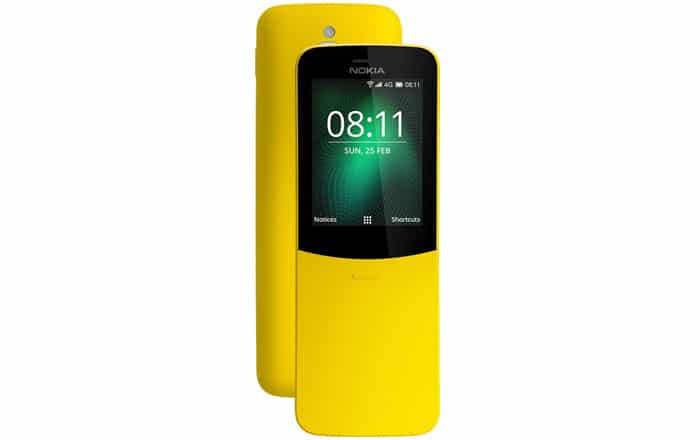 The Nokia 8810 4G is yet to reach India, but there’s already some news about what it’ll be capable of once it hits the country. HMD Global’s Chief Product Officer Juho Sarvikas is teasing WhatsApp support for the feature phone.

This all started with Reliance Jio’s announcement of the KaiOS-powered JioPhone 2. Both the original JioPhone and its sequel are going to allow WhatsApp, Facebook and YouTube to run natively. The lack of support for the social media apps was a major drawback of the pair, so the move will probably help the company attract more customers.

It seems HMD Global has been paying attention to its rival’s actions and decided to issue a bit of a challenge to it via a tweet. When the official KaiOS handle tweeted about the JioPhone 2 and WhatsApp support, Sarvikas replied to the post by saying “Oh look, WhatsApp on KaiOS! Looking forward to going [banana]s!”

Bananas is clearly a reference to Nokia’s iconic 8810 which is popularly referred to as the banana phone thanks to its slider mechanism and bright yellow color. The smartphone was announced at the MWC 2018 but hasn’t become widely available yet.

The Nokia 8810 4G comes with Smart Feature OS which itself is based on KaiOS. If the software now supports WhatsApp on Reliance’s platform, there’s every reason to believe it’ll make its way to Nokia’s platform as well.

Smart Feature OS offers highlights like Google Maps, Google Assistant, Google Search, and a modernized Snake game right now. WhatsApp will make it a bit more attractive to buyers, especially in a country like India where the app reigns supreme.

We’ll let you know when HMD Global decides to unveil this WhatsApp-supporting version of the Nokia 8810 4G in India.