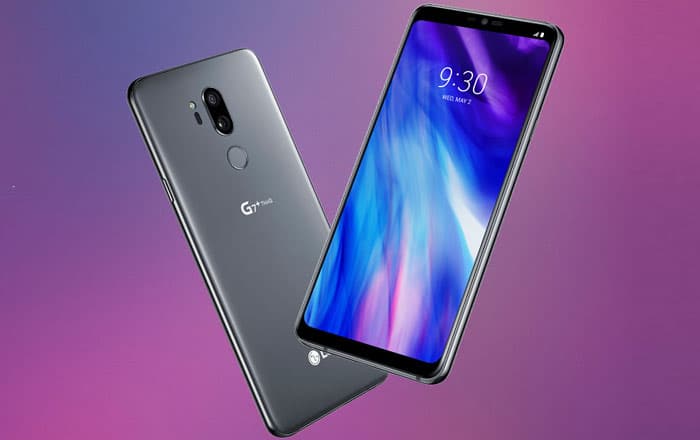 The LG G7+ ThinQ has finally landed in India after making its debut back in May this year. The flagship phone is set to be a Flipkart-exclusive and is going up for sale on August 10.

August 10 is also the day Flipkart’s Big Freedom Sale is set to kick off. No phone-specific offers have been announced right now, but there should be some by the time the date arrives. The G7+ ThinQ will set buyers back by Rs 39990. At that cost, it’ll be going up against the likes of the OnePlus 6 which is priced at Rs 39999 for its 8GB of RAM and 128GB of ROM model.

LG has made a lot of changes to its flagship series. The most obvious one is the new 6.1-inch 19.5:9 FullVision LCD screen which has a notch at the top. The sides of the cutout can actually be blackened out to give the illusion of a full border, good news for all the notch haters out there.

Another major highlight is the 16MP standard + 16MP Super Wide Angle dual-camera setup. The module boasts of AI smarts to provide 19 shooting modes for optimized photos. There’s also Portrait Mode to blur out the clutter in the background and Super Bright Camera to increase brightness via pixel binning and software processing.

Specifications of the LG G7+ ThinQ:

Once again, you can buy the LG G7+ ThinQ via Flipkart on August 10.