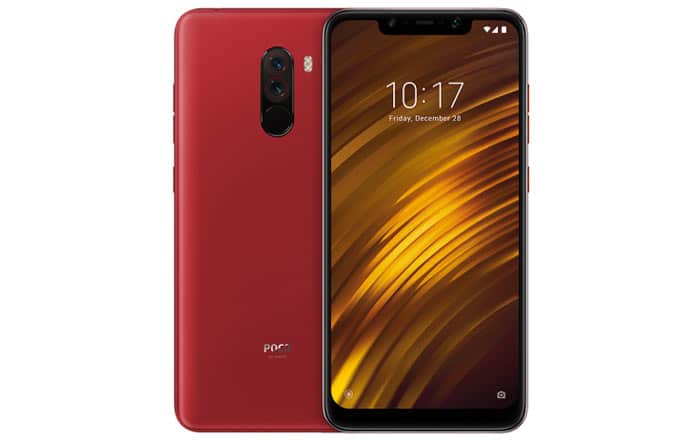 It’s been a few months since Xiaomi’s Poco sub-brand launched its first phone, the Poco F1. The brand has now decided to release a new color variant of the handset called Rosso Red.

Unfortunately, Xiaomi is still selling the handset via sales on select dates. The next one is set for October 11. You can try your luck via Flipkart or the brand’s own site. If not the red, there’s Graphite Black and Steel Blue to consider as well. There’s also a Rs 29999 Armored edition of the phone which features kevlar fiber for added protection.

The Poco F1 has run into a few controversies since it made its debut in August 2018. The biggest one concerns its screen. Many owners began complaining that the display was “bleeding” light from the edges of the panel. Most noticed it when there was a dark background to highlight the patches of white.

A couple of users also complained that the quality of the LCD used was poor and the brightness levels are too low. Not all units seem to be affected by the problem. Those who have been hit typically return the handset and get a replacement or refund.

Specifications of the Xiaomi Poco F1:

Xiaomi hasn’t said anything about the screen bleeding concern ever since reports began emerging last month. If nothing else, it’s something to look out for in case you decide to buy the Rosso Red Poco F1. Find out how to check for it here.