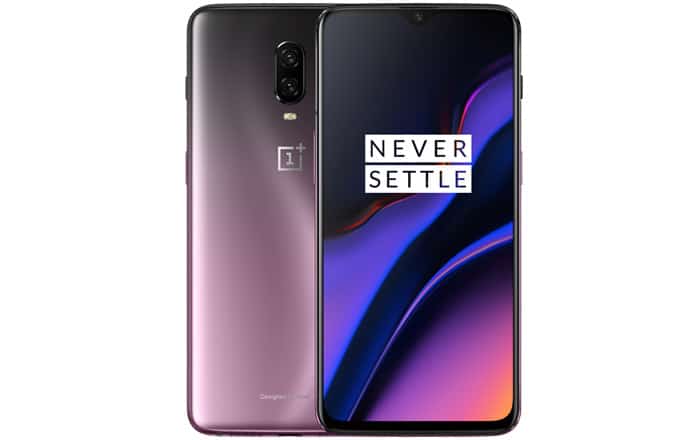 OnePlus has surprised everyone with a new Thunder Purple variant of the OnePlus 6T, at least outside of China. The color option was recently seen knocking about in the rumor mills and has now become official in the brand’s home country.

As seen on OnePlus’ Chinese site, the Thunder Purple model offers a gradient twist on the OnePlus 6T formula. It shifts between black and lilac depending on the light. It’s become a popular trend in Chinese phones, with brands like Huawei and Oppo adopting a similar multi-color look.

It’s not clear if the purple OnePlus 6T will eventually make its way outside China. The model actually got listed on Amazon Germany a couple of days ago with a pre-order date of November 30. It’s possible the company will announce it internationally within a few days or weeks.

When it does, the price tag will likely stay the same as it is for the Midnight Black and Mirror Black models all over the world. That’s because the Thunder Purple OnePlus 6T is pretty much the same specs-wise. It’s only the outer body which has received a new paint job.

OnePlus is selling the purple iteration of the smartphone only in an 8GB of RAM and 128GB of ROM option. The cost is the same as the other Black choices at CNY 3599. Based on this, it’s safe to assume that the handset will cost Rs 41999 or $579 in India and the US, respectively.