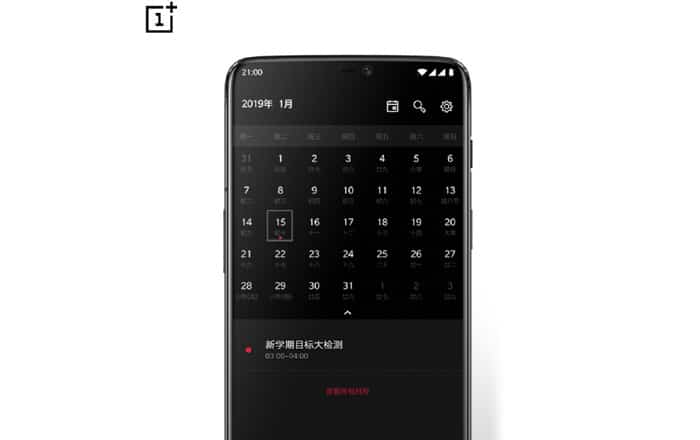 We’ve been hearing rumors about the OnePlus 6T for a few weeks now. Here to throw its own hat into the game is OnePlus itself, teasing a big event on January 15.

OnePlus’ official Weibo account recently posted an image of a calendar with the date January 15 outlined. The caption asks people to “set a goal for your new semester, we will see you on January 15, 2019.” Upon closer inspection, it looks like this mystery event will take place from 3 to 4 pm based on the timings in the teaser.

OnePlus is naturally being tight-lipped about what it’s planning to show off 4 months from now. The most obvious answer is that the OnePlus 6T will make its debut. This is a bit unusual, since the OnePlus 3T and OnePlus 5T came out in November 2016 and 2017, respectively.

The other explanation is that the company is looking to launch the OnePlus 7 early. The OnePlus 6 was launched in May 2018, so there would be a sizable gap between the two. This narrative goes against a recent CNET report which claimed that the OnePlus 6T is coming out in October.

It’s possible the January 15 event isn’t for a flagship phone at all, but a new accessory or mid-range handset. It’s been a while since the OnePlus X came out and disappeared into obscurity. The company has officially said it’s going to stick to its one-or-two-a-year strategy, but there’s no reason why it can’t mix things up a bit this time around.