We suppose the small niche of customers the new Asus ROG Phone appeals to is pretty excited about its forthcoming launch. Gamer-centric mobile phones have been introduced few and far between over the past year or so. There was the Razer Phone, the Nubia Red Magic and Xiaomi’s Black Shark. And now we have the ROG (Republic of Gamers) Phone by Asus. 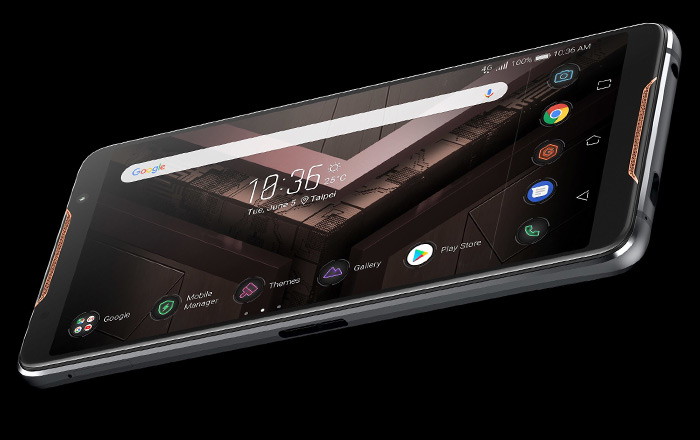 Of course, the ROG Phone will have its fair share of Android fans fawning over it too. It’s not merely a gaming device, strictly speaking. It is an Android handset stuffed with the best hardware you can hope to buy right now. The device flaunts a 6-inch display, 8GB RAM, up to 512GB storage, a Snapdragon 845 processor and a 4000mAh battery. Plus it has ports aplenty.

No less than three USB-C ports litter its frame along with a 3.5mm headphone jack. Asus has put in all those ports for accessories like a TwinView Dock for adding an extra screen, a 6000mAh secondary battery, a WiGig Dock for 802.11ad 60GHz Wi-Fi connectivity and an AeroActive Cooler among others. The smartphone also boasts of vapor-cooling and copper heat spreading.

The Qualcomm chip we mentioned above has been clocked up to 2.96GHz and is accompanied by the Adreno 630 mobile GPU. Asus will be bundling the gaming phone with a HyperCharge fast charging adapter in order to power up its massive 4000mAh battery. The charger will apparently be able to fill the battery up to 60% of its capacity within 33 minutes. 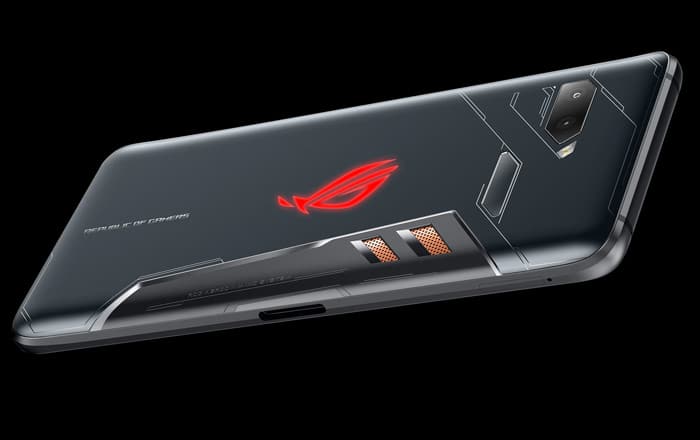 The 6-inch Super AMOLED touchscreen on the smartphone offers visuals in 2160 x 1080p resolution. It supports HDR and its refresh rate is chalked at 90Hz. So smooth animations at 2160 x 1080p; feels like a compromise of sorts. Another aspect of the device that could have been more captivating is its exterior. But that’s a matter of opinion.

Asus has not revealed the price of the ROG Phone. But we expect it’ll cost a pretty penny when it’s released later this year.