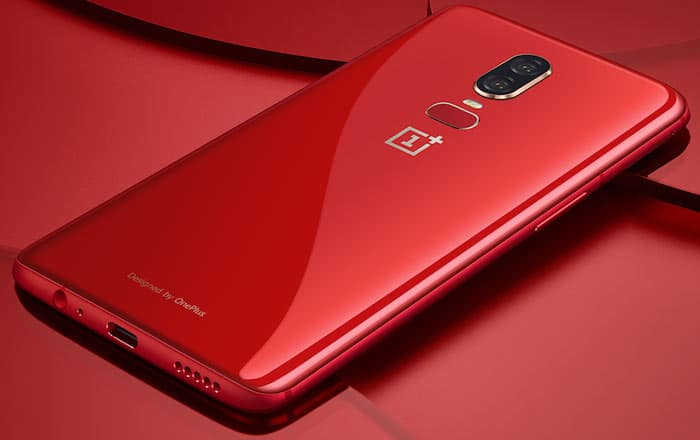 The OnePlus 6 is getting an all-new red color variant. The glossy phone is pretty much the same on the inside, but very different on the outside.

OnePlus has gone into detail about the making-of process of the new crimson shade. It seems the color was a difficult one to achieve, hence the late launch. There’s a metallic red shimmer all around, creating an amber-like effect. The fingerprint scanner has gotten redone in a mirror-like red finish, while the camera is now encased in silver.

The enhanced depth and clarity was brought about by a new film coating process which OnePlus claims has never been attempted before by the smartphone industry. It involves optical coating, 6 panels of glass, and evaporative film.

There’s a layer of brightening film that cost roughly $5 to make crystal clear, the end result being a glossy layer over the red coating of the OnePlus 6 which makes the shade even brighter. An anti-reflective layer at the top of the glass lets more light reach the bottommost layers of the glass before getting reflected off the device to create a sense of depth.

While it can’t be seen by the naked eye, OnePlus says there’s a translucent orange layer which blends with the base red layer to create a radiant glossy red. There are now 4 different color options of the OnePlus 6, with the others being Silk White, Mirror Black, and Midnight Black.