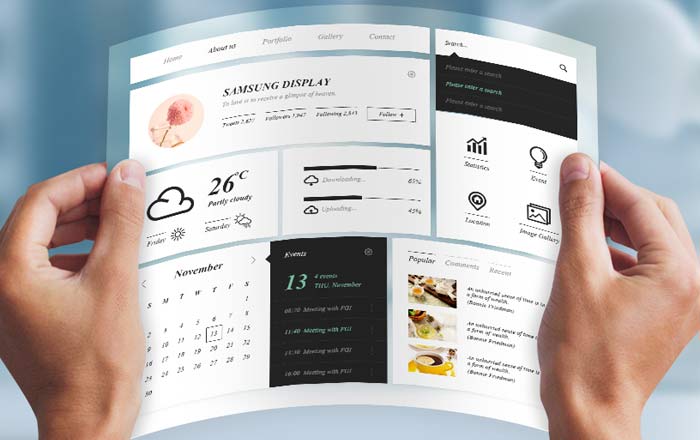 Samsung has spent 6 years trying to perfect its flexible OLED display technology, pouring over 150 billion won into the project. It could have all been for naught though, because one of its suppliers betrayed it and sold its secrets to a Chinese company.

That’s what South Korean officials are saying in a statement released by the Suwon District Prosecutor’s Office. They’ve indicted 9 people on suspicion of leaking Samsung’s technology. One is the chief executive and the rest are employees of Toptec, a supplier specializing in automated equipment to make smartphone panels.

How Samsung’s Folding Display Got Stolen

According to Reuters (via SlashGear), the 9 conspirators formed an independent shell company which got information on the use of equipment and drawings directly from Samsung Display. They then sold some of this valuable data in China for 15.5 billion won ($13.85 million).

Toptec is denying all these charges and plans to fight the claims. Samsung says the indictment is “regrettable” and has vowed to step up security to protect its technology. It’s not just its own displays which are at risk. The brand makes OLED screens for other major firms like Apple too.

Samsung and Apple have always had a difficult business relationship thanks to years of fighting each other over patent theft. There were even reports that the latter wanted to cut off ties from Samsung because it was worried the company would spy on its tech.

Turns out there were people spying, just not on Apple. The company is said to be developing a foldable iPhone as well, at least going by a couple of patents and rumors. Samsung has already publicly shown off its bendable device and is currently mass producing the handset for release in 2019. Let’s see if this mysterious Chinese brand beats it to the punch.