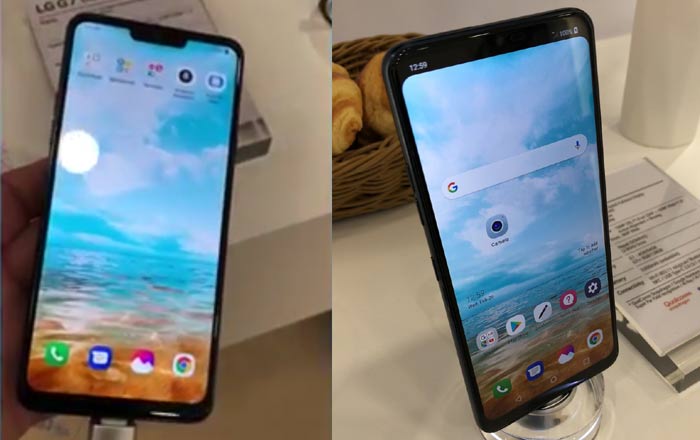 Last we heard, LG was working on a flagship phone codenamed Judy which was due to come out at some point in June. The brand has apparently given up on the G series and the G7 in the process, developing an entirely new lineup to replace its former flagship.

It’s in the midst of all this change that a new report has popped up containing photos, videos, and specs of the LG G7. It seems the company was showing off the phone at the MWC 2018. The evidence backs this up as the phone above is next to a sign that says ‘LG G7 (Neo).’

We’re not sure why LG would want to display the LG G7 at the MWC 2018. Perhaps it wants attendees to have a look at what it’s been developing for the past few months. The fact that it wasn’t given a big launch could be an indication that the device really is cancelled and only relevant as a hint of what’s to come with the LG Judy. 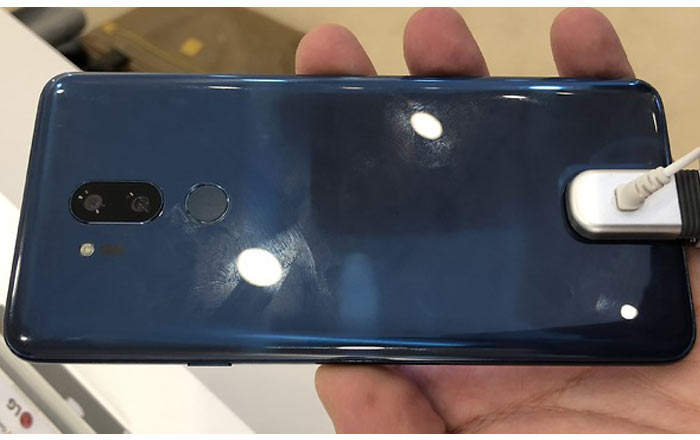 The G7 supposedly has a 6-inch 3120 x 1440p OLED screen with a very high 900ppi display and 19.5:9 aspect ratio. That’s the same aspect ratio as the iPhone X, achieved thanks to the presence of a notch up top and minimal bezels elsewhere. The brand has also incorporated a software feature to blend the notch with its surroundings, as seen in the image up top.

That’s the only unique thing about the G7’s design, as the rest looks strikingly similar to the iPhone X. The back is a bit different since it has the dual cameras right at the center and a fingerprint scanner below it. The South Korean firm has apparently added DTS:X sound tech and a brand new feature called Boom Box to the speakers.

Boom Box allows the LG smartphone to play music at a stronger resonance when the handset is placed on a surface. This sounds interesting, and may well make its way to Judy. Top specs include 16MP f/1.6 OIS + 16MP f/2.6 wide-angle dual cameras, an 8MP wide-angle selfie snapper, a Snapdragon 845 processor, 64GB/128GB of ROM, 4GB/6GB of RAM, and a 3000mAh battery.