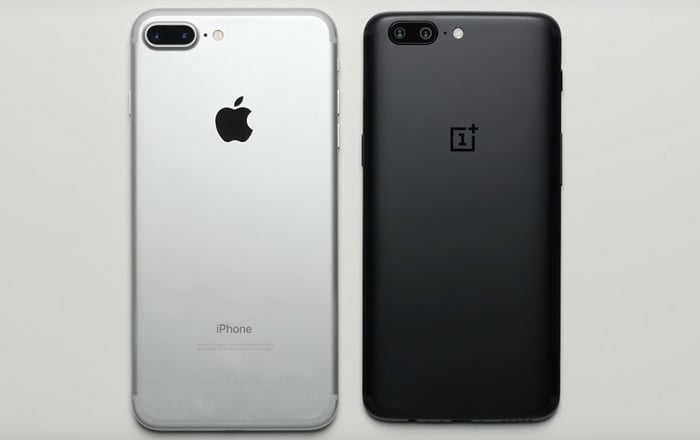 A lot has been said and written about the similarity between the OnePlus 5 and iPhone 7 Plus in terms of design and dual cameras. However, one aspect which is yet to be extensively compared is the duo’s performance.

YouTuber PhoneBuff is here to fill in this gap with a new iPhone 7 Plus vs OnePlus comparison video that checks how long it takes for each to open apps in quick succession. To give you some background, the former packs an Apple A10 Fusion processor and 3GB of RAM, while the latter sports a Snapdragon 835 SoC and 8GB of RAM.

In a surprising turn of events, the OnePlus 5 has managed to become the first-ever Android phone to beat an iPhone in a head-to-head speed test. Apple’s devices usually trounce Android flagships, as seen in previous instances where the iPhone 6S and iPhone 7 were pitted against the Samsung Galaxy Note 7.

The iPhone’s streak has now been broken by OnePlus’ latest. The iPhone 7 Plus actually did better than the latter in the first lap, getting done with the test 1 second faster. This advantage dissipated in the second lap when the OnePlus 5 emerged victorious with a nearly 7-second lead.

It seems having 8GB of RAM is handy when trying to defeat what’s widely considered to be one of the fastest handsets in the world. Still, it should be noted that iOS’ app animations probably slowed things down by quite a bit, whereas OxygenOS’ short animations gave the OnePlus 5 a distinct advantage.