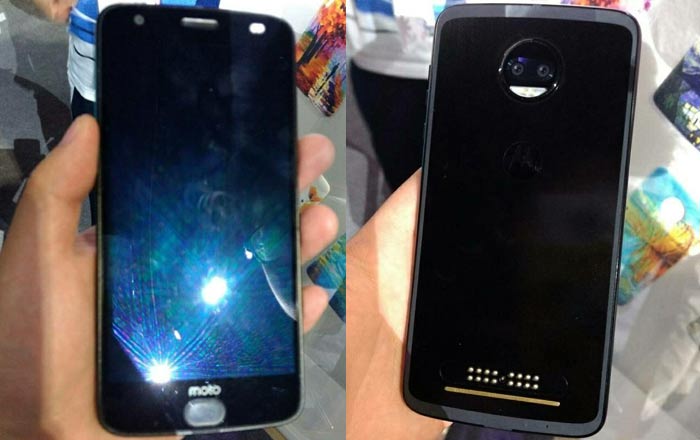 Motorola’s all set to launch the Moto Z2 Force at an event on July 25, pulling the curtain off its latest ShatterShield offering. Live and press photos of the handset have recently gotten leaked online, along with a host of specs.

Starting off with the hands-on photos, the alleged Moto Z2 Force seems to be in line with leaks in the past. It carries a pair of dual cameras on its back, each lens rumored to boast of a 12MP resolution. The display up front apparently measures 5.5-inch and outputs a 1440p Super AMOLED resolution.

The press render below looks the same, with both leaks highlighting how slim the Moto offering has become. Unfortunately, this 1mm reduction has supposedly come at the cost of battery life. While the original Moto Z Force featured a 3500mAh unit, the new model packs a 22% smaller 2730mAh one. 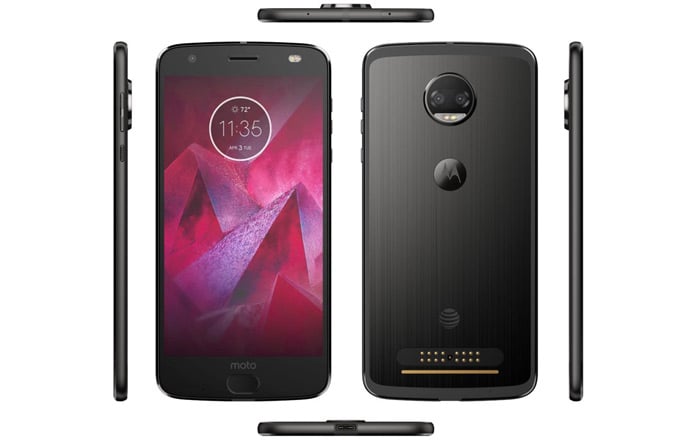 Perhaps the Snapdragon 835 processor beating at its heart will make up for that cutback with more efficiency in terms of power consumption. As for memory, the US is apparently getting a 4GB/64GB variant, China a 6GB/128GB iteration, and the rest of the world a 6GB/64GB version.

Other major specs include a 5MP front-facing snapper, a water-repellant nano-coating, and Android 7.1.1 Nougat. Motorola might just upgrade the smartphone to Android O after the OS gets released. This makes sense given the company’s past patterns and the phone’s flagship status.

Also Read: Moto G5S Plus to get hold of dual cameras, bigger screen

The Moto Z2 Force will be sold in Super Black, Fine Gold, and Lunar Grey colors. Motorola’s reportedly expanding carrier support beyond Verizon this time round, partnering up with AT&T, T-Mobile, and Sprint as well.