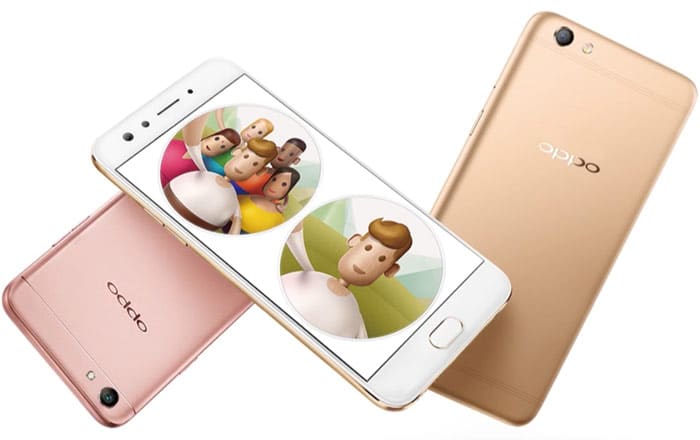 Oppo’s latest selfie-focused handset has arrived in the form of the F3 Plus, doubling down on its mission statement with not one, but two cameras up front. The addition of another lens appears to have jumped up the price compared to previous entries, with the brand choosing to sell it at a more premium Rs 30990.

The F3 Plus’ front-facing dual camera array consists of 16MP and 8MP shooters. The former has been equipped with a 76.4-degree lens, while the latter gets the benefit of a 120-degree wide-angle lens. Users can switch between the two, utilizing the first for high-quality photos and the latter for when a 105-degree field-of-view group selfie needs to be clicked.

A Smart Facial Recognition tool is supposed to automatically suggest the best camera for a situation. Flipping over to the rear surface, Oppo’s placed a single 16MP snapper on the back, blessing it with dual-tone LED flash, a Sony IMX398 sensor, an aperture of f/1.7, and Dual PDAF.

Other than its photography skills, the F3 Plus also boasts of a 4000mAh battery which can apparently deliver 2 hours of talk time after a mere 5 minutes of charging thanks to the company’s VOOC fast charging tech. The firm touts that the device’s ‘Six-String’ 0.3mm antenna band design translates to better Wi-Fi connectivity.

Specifications of the Oppo F3 Plus at a glimpse:

The F3 Plus will hit offline and online shops on April 1. You can pre-order it via Amazon India and Flipkart till March 31. If a 6-inch phablet isn’t what you’re looking for, Oppo’s promised to bring the 5.5-inch F3 to India in May.