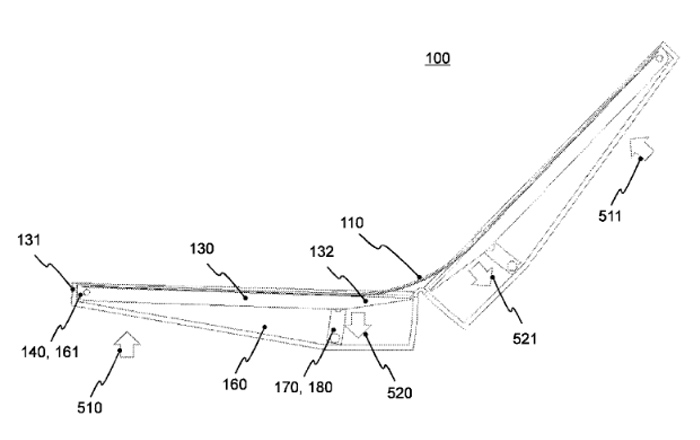 Nokia’s smartphone comeback has so far seen the launch of the Nokia 6, a conventional-looking Android handset. However, freshly-surfaced patents hint that the former mobile major might be planning a venture into the uncharted field of foldable phones.

Nokia’s apparently been filing patent applications for simplistic bendable technology as far back as 2005. The most recent one was filed in 2013 and granted in September 2016. Plainly titled ‘Foldable device,’ it depicts a pocket mirror-like gadget that is made up of 2 identical parts linked together by a hinge.

A slim flexible display layer can be seen on top straggling both. The phone would be clasped together when folded via a locking mechanism, similar to a laptop. Nokia points out that such a style will make it possible to have a pocket-sized device that boasts of a large screen measuring anywhere between 6-inch to 8-inch.

Interestingly, a previous Nokia patent had described a unique ribbon-esque twisting battery. The company predicted that the bendy powerhouse could be used to fuel all sorts of products such as mobile phones, notebooks, or a gaming device.

It should be noted that patents are being filed by tech companies all time, with not all of them coming to fruition. HMD Global, the company behind Nokia’s resurgence, will probably want to focus on cementing the brand’s foothold in global markets for the time being.

That doesn’t mean Nokia-stamped foldable phones won’t be making its way to consumers in the future. For now, people interested in owning a bendable handset can look forward to the heavily-leaked Samsung Galaxy X which could be unveiled this year itself.