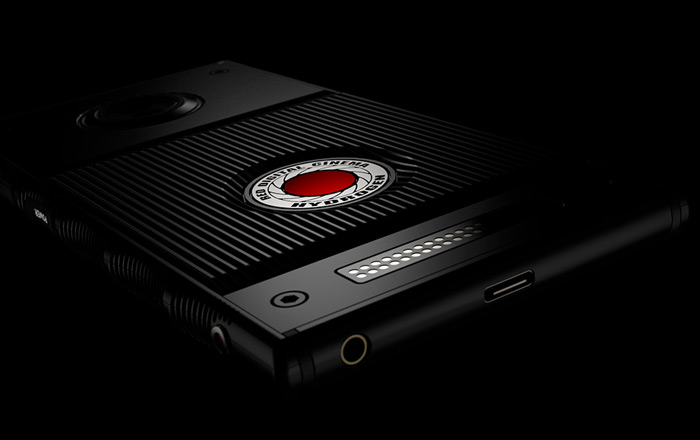 Professional camera maker Red is stepping out of the world of films to enter the smartphone market with its first-ever phone. Dubbed the Hydrogen One, the company is touting it as the world’s first holographic media machine.

Red’s press release on the topic is big on hype and low on specific details. It claims that the Hydrogen One’s 5.7-inch holographic display will use nanotechnology which seamlessly switches between standard 2D content, stereo 3D content, holographic Hydrogen 4-view content (H4V), and interactive games in both landscape and portrait modes.

You apparently won’t need glasses to view all these wonders. Red founder Jim Jannard later took to his company’s forums to discuss the Android handset, stating that there was no good way to describe the holographic screen. He also talked about how he found watching shocked faces light up when people saw it as very motivating.

One thing which Jannard tried to make clear was that Red’s technology was something completely new and not lenticular. The latter tech has been experimented with in the past with the Amazon 3D Fire and LG Optimus, but failed to take off.

Jannard went on to clarify that the Hydrogen One would come with a battery, internal storage, a microSD card slot, a rear camera, a selfie snapper, and a 3.5mm headphone jack. The smartphone is also going to be modular with a special focus on image and video quality, in addition to holographic photos.

The Hydrogen One appears to be a work in progress. The design and specs could change at any time. If you’re interested, you can pre-order the Titanium version for $1595 and the Aluminum one at $1195 here. Shipments begin from Q1 of 2018. Note that the prices might not be the same when the phone gets released.