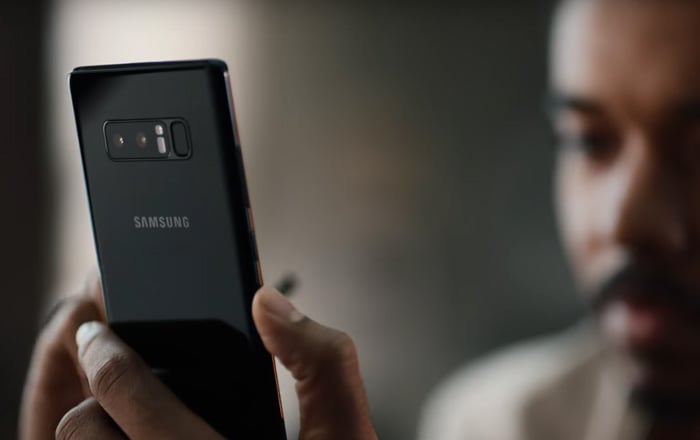 Samsung’s trying to get some attention in the midst of iPhone X fever with a sharp ad that directly takes Apple to task. It’s the latest in a long line of attack ads, only here the South Korean firm’s not just mocking the brand, but its fans too.

Called “Growing Up,” the ad starts off in 2007 with the launch of the very first iPhone and the long lines it spawned. A man buys the handset but is later dismayed by the lack of space inside. The action then moves to 2013 where the iPhone 5S takes center stage.

The same man is forced to type on the iPhone 5S’ 4-inch screen while a girl he meets uses her stylus to write his number down on the much bigger 5.5-inch screen present on her Galaxy Note 3. Waterproofing is the next target in 2016 when his iPhone has to sit in a bowl of rice after taking a dip in water while her Galaxy device works just fine.

Finally, things come to a head in 2017 with the iPhone 7 and its lack of a headphone port and wireless charging. The man is shown with multiple dongles while eyeing his partner’s wirelessly charging Galaxy Note 8. He completely gives up on his iPhone at this point, buying the latter phone and walking past a short line of people eager to buy the iPhone X.

The entire ad is a pretty clever showcase of how Samsung is usually one step ahead of Apple, although the pair’s years-spanning court case would beg otherwise. Some folks have taken offense at the fact that the company is targeting Apple fans, pointing out that mocking a person isn’t likely to convert them to the fold.