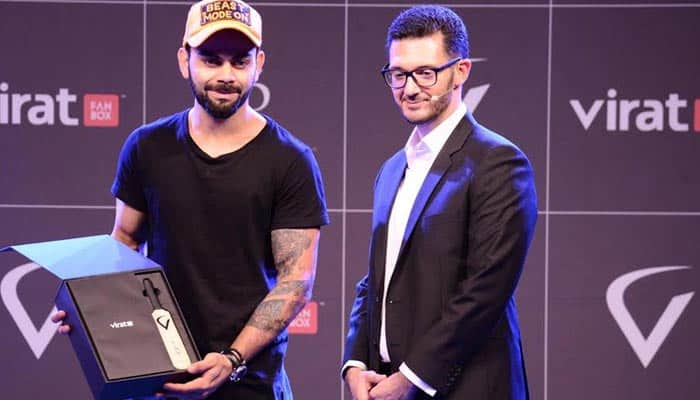 Virat Kohli fans who just happen to be Motorola enthusiasts as well have something to cheer about with the launch of a brand new Moto G Turbo Edition named after the cricketer. It’s pure promotional synergy, but could hold a certain kind of appeal to the cricket-crazy among us.

The Moto G Turbo Virat Kohli Edition is essentially the same handset which was released in India all those months ago but with a Virat emblem on the bottom half of its rear surface. The smartphone is part of the new Virat FanBox which will set interested buyers back by Rs 16999.

For that much, Kohli devotees will be getting a welcome letter autographed by him, a 1-year subscription to the Virat FanBox Club, the accompanying app to get regular updates, a mini bat signed by the man himself, and the aforementioned Motorola phone.

It’s now up to the people to decide whether a Kohli-certified edition of the Moto G Turbo is worth paying Rs 4500 more than the Rs 12499 cost the regular variant is available for. It would have made more sense if the company had granted the device some sort of upgrade to justify the increase instead of just packing an assortment of goodies.

A neat summary of the main specs of the Moto G Turbo Virat Kohli Edition:

The Moto G Turbo Virat Kohli Edition will be sold as part of the Virat FanBox via Flipkart starting from the first week of May priced at Rs 16999.