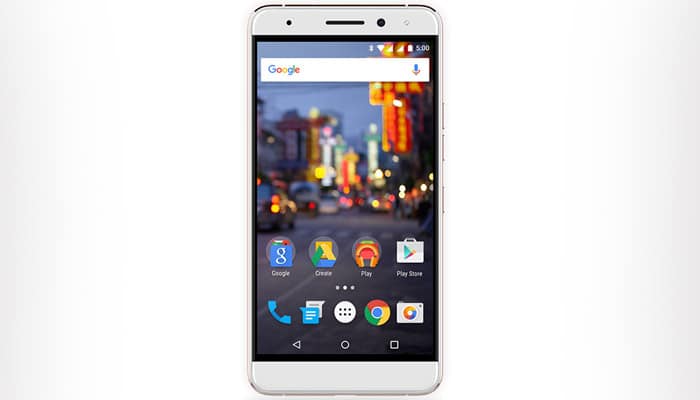 Google’s Android One initiative has shifted tactics and gone mid-range with the new General Mobile GM 5 Plus. The handset is set to hit Turkey by the end of March and then move on to 15 other countries after that.

The General Mobile GM 5 Plus will be sold for the equivalent of $300 (roughly Rs 20500). The cost marks a major change in strategy for Google, given the company has been hawking Android One phones for around $100 so far. The project was conceived as a way to supply a pure Android experience with regular updates straight from the source to entry-level markets.

Android One hasn’t been a huge success for Google due to a combination of restrictions imposed on manufacturers and a lack of response from consumers. It looks like the brand has loosened up a bit with the GM 5 Plus, its second smartphone under the initiative with the Turkey-based General Mobiles. The device offers a pretty decent set of specs for its price tag.

Check out the specifications of the General Mobile GM 5 Plus:

As expected of any Android One model, the GM 5 Plus runs on the latest 6.0.1 Marshmallow. It sports a plastic body enclosed within a metal frame and offers USB Type-C connectivity, a first for the Google enterprise. Quick Charge 3.0 fast charging technology ensures the 3100mAh battery goes from 0 to 60% within 30 minutes.

Also See: Android One program enters Europe with the BQ Aquaris A4.5

The General Mobile offering is looking to entice the selfie-obsessed crowd with a 13MP front-facing autofocus snapper equipped with LED flash. Even the rear camera features the same resolution but is differentiated by dual-LED flash. Other highlights include a 2.5D 5.5-inch Gorilla Glass 4-protected full HD screen and support for 4.5G networks.

Like we said above, the General Mobile GM 5 Plus will arrive in Turkey by March and spread out to 15 more nations after that. We’ll keep you informed if any more details about the Android One phone are announced in the future.