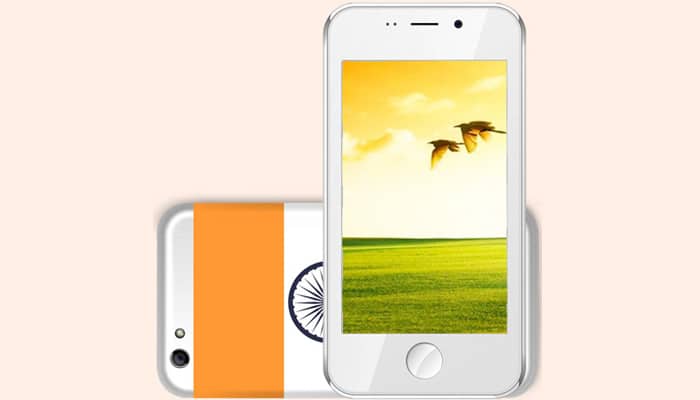 The Freedom 251 has garnered a fair share of attention since its launch, with many questioning whether the phone is part of some elaborate scheme to cheat consumers. Ringing Bells director Mohit Goel has now decided to defend the venture by insisting the entire project is legitimate.

Ringing Bells has apparently received 7 crore registrations on its site since the Freedom 251 went up for preorders on February 18. Goel explains that it’s taking online bookings for 25 lakh units because of limited resources. Another 25 lakh will be given via offline distributors. He promises to start deliveries by April 15 and complete it before June 30.

According to Goel’s calculations, Ringing Bells is set to earn Rs 31 per handset sold. All the money paid is supposedly being kept in an escrow account which will only become accessible when the phones are handed over to the customers. One of the more damning accusations against the firm is that the devices are simply repackaged Adcom handsets.

President Ashok Chadha has an answer for this as well, telling the Times of India that a few Freedom 251 units have the Adcom branding because the company had sourced its display from it. He asserts the final smartphone will contain its own logo. Still, this reasoning doesn’t explain why they tried to hide the Adcom logo with white paint instead of clarifying this point in the first place.

A rapid take on the specs of the Freedom 251:

Chadha is also backtracking from an earlier claim he had made at the launch of the Freedom 251. At the event, he said the price of the phone comes to around Rs 2500. Now he’s changed his tune by lowering the figure down to Rs 1500. When questioned as to how he had brought this number to Rs 251 and still earn a profit, he laid down his business model.

As per his reasoning, economies of scale reduce the figure to roughly Rs 1200. An online vending system cuts down on expenses such as marketing and sales. Furthermore, partnerships with companies to install pre-loaded apps take away Rs 300 from costs. Ringing Bells also plans to cash in on the heavy traffic its website has been receiving and turn it into a market for other brands.

The Indian Cellular Association, which represents manufacturers like Samsung, Micromax and Apple, has gone ahead and filed a complaint with the government against Ringing Bells. In a letter to telecom minister Ravi Shankar Prasad, the ICA’s president Pankaj Mohindroo said it’s not possible to sell a phone at just Rs 251.

Bookings for the Freedom 251 are closed right now. Ringing Bells says it’s gotten more orders than it could handle and has ended phase 1 of its vending as a result.