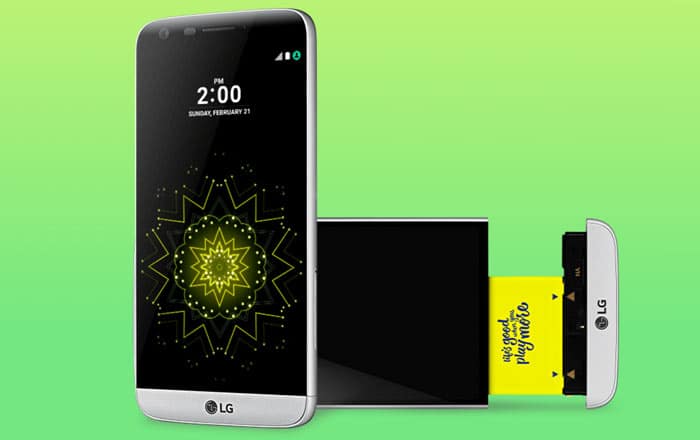 The LG G5 finally has a global release date, with the handset all set to hit stores in South Korea on March 31. This will be followed by its US outing on April 1.

LG is promising to give away freebies as a promotional offer during the G5’s initial release. What these will be depends on the country. Some are set to get a free battery, while others can grab a camera module. As for its going rate, Best Buy has begun taking pre-orders for the handset at $99.99, promising savings of $100.

Interested buyers of the G5 will be able to choose between buying a 2-year Sprint contract or buying and activating a monthly installment plan for AT&T or Sprint in order to get a free $100 Best Buy gift card. People eager to place an order for the Verizon version of the phone have to wait until March 24 to do so.

Furthermore, Best Buy is promising a free bundle worth $90 for anyone who pre-orders the LG smartphone. The freebies consist of a free second battery, a charging cradle and a USB-C to micro-USB adapter. To recall, LG had officially announced the first two as giveaways a few weeks ago.

A rapid-fire take on the specifications of the LG G5:

Some of the much talked-about LG Friends accessories have also gotten a price tag. The Cam Plus is set to retail for $85 and the Bang & Olufsen DAC audio module can be bought in exchange of $160. Once again, you can pre-order the LG G5 via Best Buy.