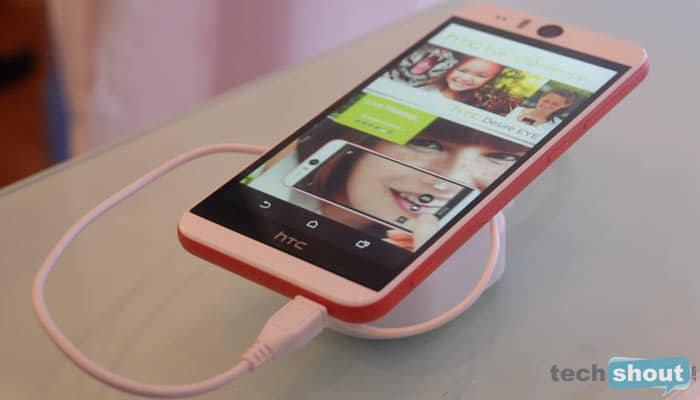 HTC seems to be on an Android Marshmallow roll, releasing Google’s latest OS to three of its devices namely the Desire Eye, One (E8), and One (M8 Eye). It’s been seeding the update to high-end flagship offerings like the One M9 and M8 so far, so it looks like the brand is now moving in on its more middle-of-the-road models now.

The HTC Desire Eye wasn’t even on the list of phones set to get Marshmallow, with leakster @LlabTooFeR surprising everyone back in January this year when he revealed that the device would be receiving it after all. Owners of the phone located in Europe and the UAE have now begun getting a taste of the OS.

According to HTC’s Italian blog, there are 2 parts of this update. The first prepares the phone for the transition to Android 6.0.1 and the second is the upgrade itself. The two totally weigh in at about 1.6GB in terms of size. The update also promotes the phone to version 7.0 of HTC’s own Sense UI.

Furthermore, customers in the US who bought the Desire Eye under an AT&T contract will start receiving the new OS by the end of the month. The handset has come a long way since its launch back in 2014. It initially ran Android 4.4.4 KitKat out-of-the-box and got updated to Lollipop later.

Coming to the One (E8), only consumers in China have gotten the update to Android 6.0 so far. Same goes for the One (M8 Eye), though some people in Europe have also started getting it OTA. The new software should begin rolling out globally over the next few weeks.

To check if you’ve gotten Marshmallow, just head over to Settings, tap About Phone and finally System Update.