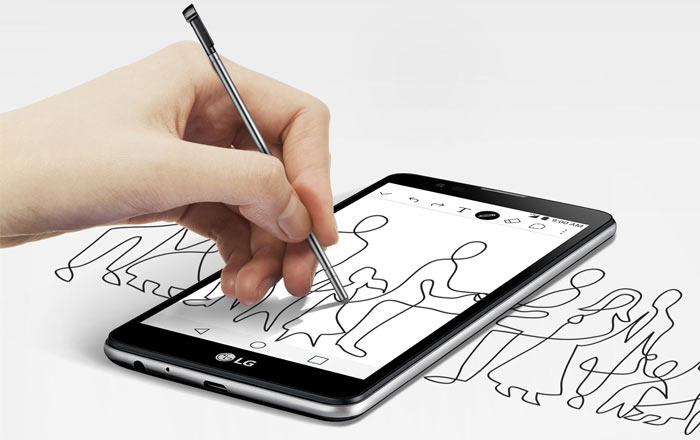 Just like last year, this year too saw LG unveil a stylus smartphone. This device impressed by grabbing a few unique software traits to go along with its additional hardware. After debuting in other countries, it’s now finally available in India at an impressive price tag of Rs 20500.

The LG Stylus 2 ships with a 5.7-inch 720p HD display placed on its front surface. Once you remove its stylus from its regular slot, it pops up a menu for accessing related tasks. Moreover, if the phone notices that that the input device isn’t present in its slot for a long time, it notifies the users about the same.

The Stylus 2 runs on a 1.2GHz quad core processor that’s assisted in its operations by 2GB worth of RAM. As for storage, it’s limited to just 16GB but a microSD card slot with support for a whopping 2TB of additional storage will satisfy the need for more hoarding capacity.

Here’s a neat look at the kind of specs the LG Stylus 2 packs inside it:

On its back surface, this LG handset holds a 13MP camera, while its front plays host to an 8MP selfie shooter. A 3000mAh battery keeps the device going in between charges. Android 6.0 Marshmallow has been chosen to be the software inside this offering.

Also Read: LG has developed a new fingerprint sensor that can hide under a phone’s screen

The new LG Stylus 2 smartphone is reportedly available across retail stores in India right now at its above mentioned price of Rs 20500.