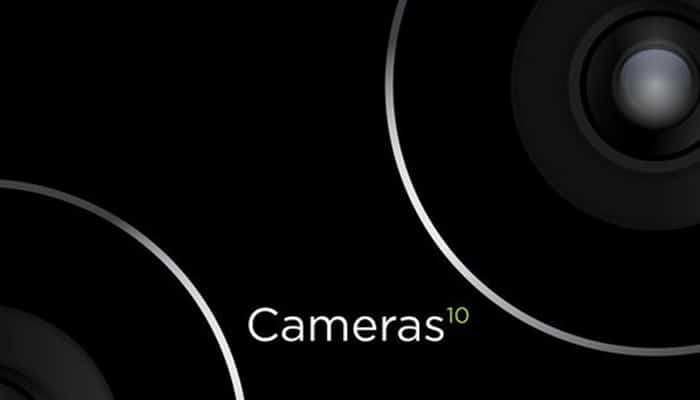 HTC is continuing its teaser campaign for the its upcoming flagship, though it’s yet to actually name the handset or announce when it’ll come out. It recently took to its Twitter handle to tout the phone’s camera setup, something which it’s been focusing on for quite some time now.

The post depicts two lenses with the tagline of Cameras raised to the power of 10. The last three words are notably the running hashtag the company is using to promote the HTC 10. It’s accompanied by text describing it as having ‘World First, World Class’ front and back snappers.

This could mean that both HTC 10 shooters will sport the same set of resolution and features. A world first camera would be trickier to achieve, given the glut of high-end phones with advanced photography skills. Leaks so far haven’t really shown off any kind of superior photo-taking abilities. One alleged camera sample showcased a grimy keyboard.

Up till now, speculation about the HTC smartphone has hinted at a 12MP rear snapper with an aperture of f/1.9, OIS and laser autofocus. With the new teaser, it’s possible even the front-facing one will feature the same resolution. As for other specs, the device may carry a Snapdragon 820 processor, an Adreno 530 GPU, a 5.15-inch QHD display and 4GB of RAM.

Photos of the HTC 10 have also been surfacing online recently. The latest one revealed that the handset might be offered in 4 color options. The images were also in line with previous press renders and live pictures. None of the leaks so far have depicted the brand’s signature dual-speaker setup on its front surface.

Rumors indicate the HTC 10 could be launched in mid-April, so it’s release might just be a month away. We’ll keep you in the loop regarding any new information about the phone till then.