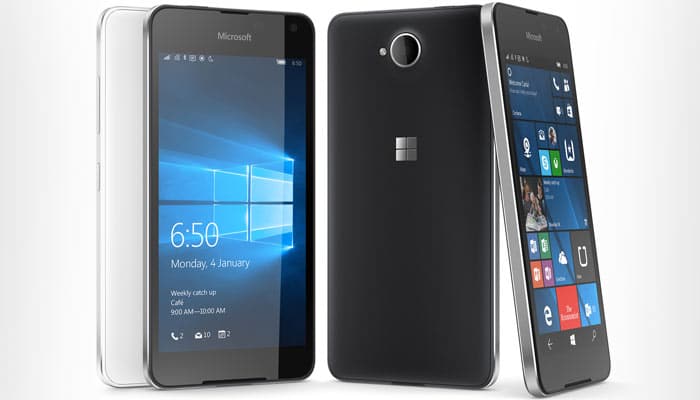 Microsoft has officially pulled the curtains off the Lumia 650, its latest Windows 10-powered smartphone and first phone offering of 2016. Previous rumors had alleged that the phone will be the only entry in the lineup of handsets for the current year.

Whether or not this is true, the Microsoft Lumia 650 will have a tremendous amount of pressure riding on it given the series’ dismal performance in the last quarter of 2015, selling only 4.5 million units. The device can be bought at around $199 (approx Rs 13500) before taxes and subsidies and will begin selling in Europe starting from February 18.

The Lumia 650 flaunts a 5-inch 720p AMOLED screen which the brand describes as its most beautiful display ever at this price point. The body is additionally encased within a diamond cut anodized aluminum frame. There’s no support for Continuum, which is to be expected given the budget Snapdragon 212 processor running its operations.

Check out the main specifications of the Microsoft Lumia 650:

The brand is trying to pitch the Microsoft phone as ideal for business purposes thanks to built-in security features and support for Microsoft apps and services like Office and OneDrive. The company has also outed a separate dual-SIM variant of the handset. It seems to feature the same specs as the single-SIM version except for the additional SIM support.

Like we said above, the Microsoft Lumia 650 will hit markets in Europe starting from February 18 at the suggested retail cost of $199.