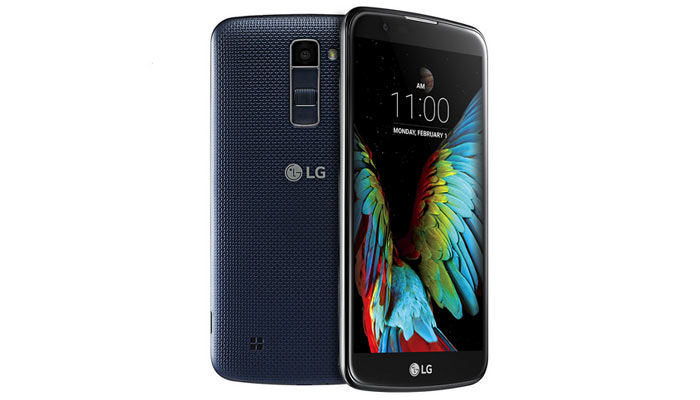 LG has officially brought its affordable K series of phones to India, introducing the K7 LTE and K10 LTE at an event today. The handsets are notably the brand’s first Made in India phones, with all units set to produced at the company’s Noida factory.

The LG K7 LTE can be bought in exchange of Rs 9500, while the K10 LTE is slightly more costly at Rs 13500. Both the devices feature a similar pebble-shaped design with a woven back cover to ensure neither slip out of a user’s hand. The two have also been fitted with 2.5D Arc Glass for a glossy look.

The LG phones have inherited some neat photography skills previously only seen in its higher-end devices. For example, Gesture Shot lets users raise their hands and make a fist to snap a selfie and Gesture Interval Shot allows them to click 4 consecutive shots by just closing their hand twice at the camera.

Diving into the specs of the dual-SIM K7 LTE, the phone displays its visuals through a 5-inch FWVGA (854 x 480p) In-cell Touch screen and runs on Android 5.1 Lollipop. Consumers can take advantage of 8GB of in-built space for their storage needs and further expand on it up to 32GB via a microSD card slot.

A 1.1GHz quad-core Snapdragon processor runs the show here, operating with the assistance of 1.5GB of RAM and a 2125mAh battery. LG has granted the handset a 5MP autofocus rear camera with LED flash. It’s paired alongside a 5MP front-facing selfie snapper.

As for the K10 LTE, the smartphone bears a slightly better specs list than its counterpart. It flaunts a 5.3-inch 720p display, Android 5.1 Lollipop, a 1.2GHz quad-core Snapdragon CPU, a 13MP autofocus main snapper, a 5MP front-facing shooter, 2GB of RAM, 16GB of expandable ROM and a 2300mAh battery.