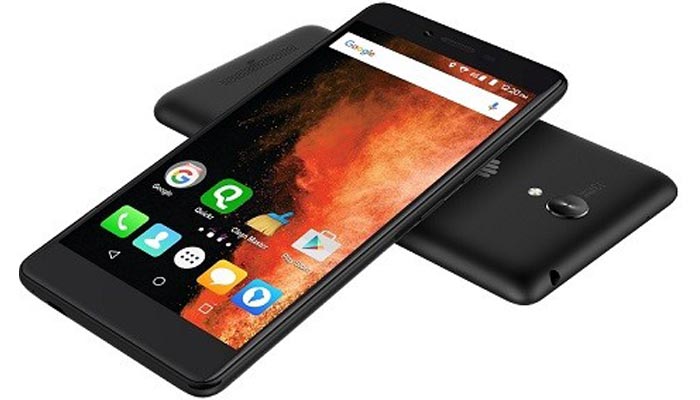 Micromax has gone ahead and announced over 19 new devices spanning handsets, tablets and TVs, with 15 of them being phones. These include the Bolt Supreme, Bolt Supreme 2, Bolt Q381, Canvas 6, Canvas 6 Pro, Canvas Evok, Canvas Unite 4, Canvas Spark 2+, and Canvas Mega 2.

The Micromax Canvas 6 and 6 Pro are set to be the first smartphones out of the gate. The two are priced at the same rate of Rs 13999, essentially pitting the two against each other. The phones feature a similar range of specs with a few notable differences. For instance, the former sports a full-metal body while the latter goes for a plastic one.

Starting off with the 4G-ready Canvas 6 Pro, the device ships with a 5.5-inch 1080p display which offers a pixel density of 401ppi and Corning Gorilla Glass 3 protection. A 2GHz octa-core MediaTek Helio MT6795m processor takes care of the phone’s daily tasks, accomplished with the assistance of 4GB of RAM and a 3000mAh battery. It additionally packs 16GB of internal storage.

As for its camera capabilities, the Micromax device houses a 13MP rear camera fitted with 5P Largan Lens, LED flash and PDAF. The company asserts the last tool helps the smartphone to focus on images within just 0.10 seconds. There’s also a 5MP front-facing snapper on-board accompanied by an 85.7-degree wide-angle lens and 4P Largan Lens.

Moving on to the Canvas 6, the handset differs from the Pro 6 in a few key aspects. In terms of memory, it contains 3GB of RAM and 32GB of internal storage, basically giving consumers the choice between more RAM or more room. It further sports an 8MP front-facing camera and a fingerprint scanner.

The Micromax Canvas 6 Pro is already up for pre-orders on the brand’s official site and will come out on April 20. The Canvas 6 will probably be released around the same time.