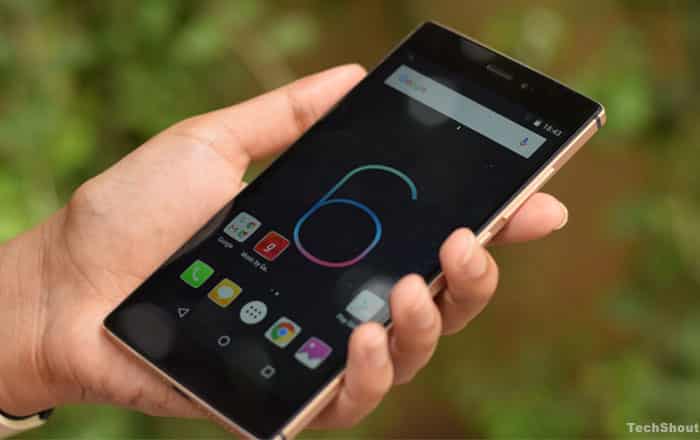 We got to play around with the new Micromax Canvas 6, and so we’ve decided to share our observations before we bring you a full review of it. This new flagship from the Indian company is out in the market right now in the form of a 32GB storage model that costs Rs 13999.

The Canvas 6 is the first product of Micromax’s new branding strategy, the evidence of which is strewn across television and print media through massive campaigns. In the below-Rs 15000 market, the company saw two different demographics which they wished to appeal to.

It’s hence that it came up with two variants of the device which are priced the same but feature different specifications. While the Canvas 6 is targeted towards social media enthusiasts, the Pro model is aimed towards gamers and power users, and hence does not feature a fingerprint scanner and a metal body. It makes up for this by providing a better processor and more RAM.

Here’s a quick glance at the specs of the new Micromax Canvas 6:

But we’re going to talk about the Micromax Canvas 6 here as that’s the phone we have gone hands-on with. There’s an air of premium-ness all around the device, and the credit for this goes to its metal body. The device has just the right amount of thickness and weight to fit comfortably into your hands.

Its 5.5-inch display features 1080p full HD resolution. A number of manufacturers are avoiding Quad HD panels this year as well, and rightfully so as the everyday user isn’t really able to notice the difference. The display on the Canvas 6 seemed quite bright and vivid during the time we used it. It has Corning Gorilla Glass 3 protection on top of it, which is always a plus.

Micromax has blessed this new smartphone with the high profile Mediatek MT6795 Helio X10 chipset. This enables it to provide the power of a 2GHz octa core processor and a PowerVR G6200 GPU. And as if that was not enough, there’s 3GB worth of RAM accompanying this setup as well, which is quite a rare scene in this price range.

We were greeted by smooth performance all along by the Canvas 6. The interface was pretty fast to respond and even games opened and closed swiftly. This really looks like a good device for those fond of multi-tasking. 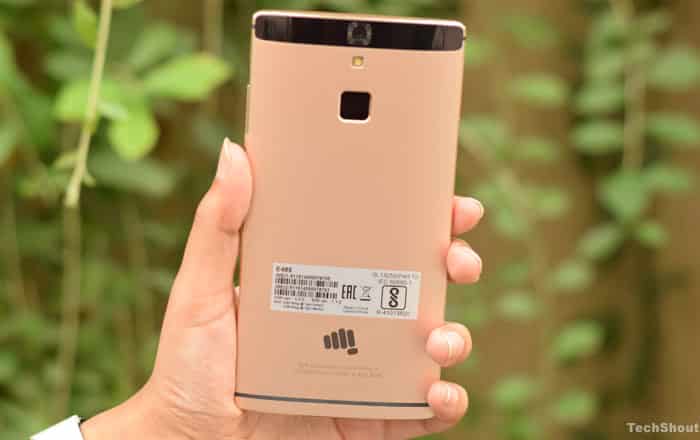 Micromax’s Yu Yuphoria received a lot of bad press for its unruly fingerprint scanner. The company has hence worked hard to ensure that the module on its newest device doesn’t suffer the same fate. We can confirm that the fingerprint scanner on this phone is lightening fast and extremely responsive.

The Canvas 6 has adopted 32GB worth of storage space, thus making sure that most users won’t be needed to add a microSD card to their purchase list. This is something we’d like to see more manufacturers do this year. In case you’re wondering, a microSD card slot is indeed present on this device.

Coming to the cameras on this brand new offering, they’re really nothing to be excited about. The 13MP shooter on its back surface returned pretty average photographs which lacked details. And despite having an f/2.0 lens, the low-light performance too was disappointing. The 8MP selfie camera on its front though, does its job well. 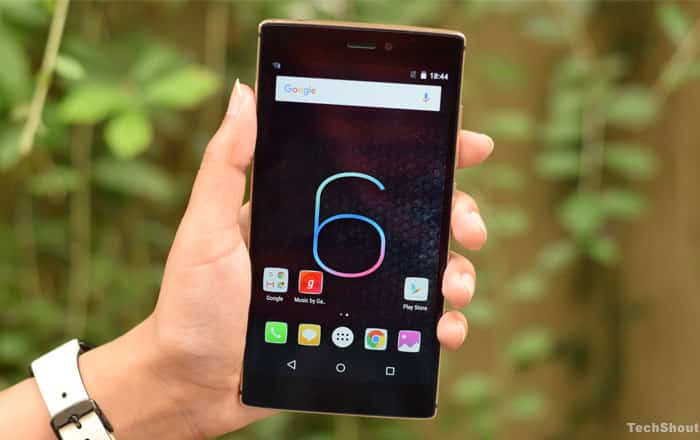 In terms of software, the regular Micromax bloatware is still present on this handset. It runs Android 5.1 Lollipop, and though it could very well get Marshmallow in the future, it’s really puzzling why the company has not adopted the OS from the start. A 3000mAh battery has gone inside the Canvas 6, the results of which we’ll only be able to provide when we release our full review of this phone.

The Micromax Canvas 6 and its Pro model are out for purchase now in exchange of Rs 13999. Let us now see if the company’s revamped brand image helps the products do better in the Indian market.