Yes, there is now a phone which you can smoke thanks to an e-cigarette which has been added on its top as an extra module, no we don’t mean vape smoking. US-based firm Vaporcade has unveiled at CES 2016 the Jupiter IO 3 which it claims to be the world’s first smokeable smartphone.

This insane product features opening on its top which is used to attach a flavored liquid cartridge. Then of course, there’s a mouthpiece for you to smoke out of, while trying not to look incredibly awkward. The Jupiter IO 3 even comes with a button to regulate the heat and get a stronger or lighter pull.

According to The Verge, this new device has been fitted with two separate batteries, with one handling the responsibility of powering the smartphone and the other, the e-cigarette. A clever feature is that the battery life is shared, so smoking less will mean your phone will last longer than usual. 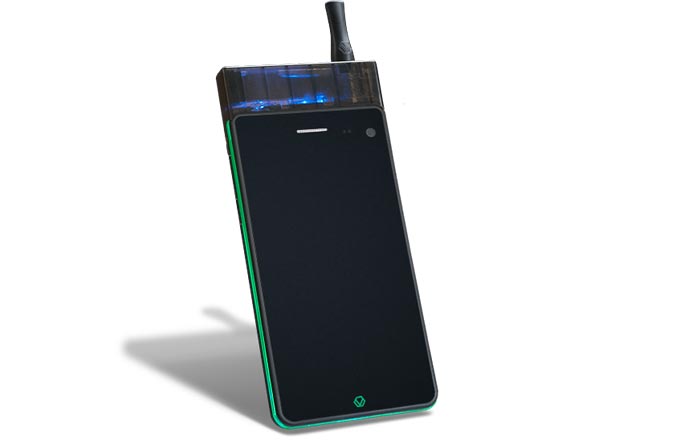 There’s an app on the handset which allows you to track the remaining liquid, the e-cigarette’s battery life as well as the number of puffs left. It even has the facility to set a particular goal and have the app issue an alert when it has been reached, in order to control and perhaps quit your smoking habit.

As for the smartphone itself, it’s a 3G-enabled unit which runs the outdated Android 4.4 KitKat OS. A 4G version is in the pipeline as well, but it’ll be arriving later this year. Other specifications of this device are out of reach at the moment.

Facebook Comes Down Heavily On Anti-Vaxxer Pages And Groups

NASA Has A Plan To Put Man Back On The Moon,...