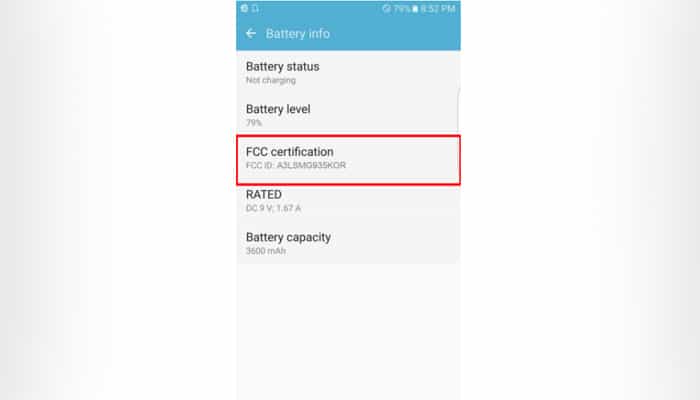 Samsung had infamously reduced the battery capacity of the Galaxy S6 to 2600mAh when it had launched the device last year. It now looks like the company has realized the error of its ways and is looking to bump up the power of the Galaxy S7 by 1000mAh.

This information is according to an FCC listing of the Samsung Galaxy S7 Edge variant. All handsets have to be certified by the body before it can be sold in the US. A recent leak last week had uncovered that both versions of the phone would be available from 4 major carriers namely Sprint, Verizon, AT&T and T-Mobile.

The new FCC document reveals that the Samsung handset’s battery capacity is a massive 3600mAh. Further strengthening this notion is the FCC ID seen in the screenshot, which 9to5Google confirms is the one used for the Galaxy S7 Edge. Sadly, there’s no corresponding filing of the S7 to verify its battery specs.

We’ll have to look back to previous leaks for that. A report last month had claimed the Galaxy S7 would pack a 3000mAh battery and its Edge version a 3600mAh one. However, this increase in capacity may not necessarily pave the path towards a better battery life since the brand has apparently equipped the smartphones with always-on display (AOD) technology.

This feature allows for a constantly glanceable screen and supposedly drains away 1% of the battery per hour. Furthermore, the number of hours a phone survives for depends on a number of different factors such as its processor. Samsung is allegedly using the Snapdragon 820 CPU in certain markets and the Exynos 8890 SoC in others.

All this and more will be out in the open on February 21 when the Samsung Galaxy S7 and Galaxy S7 Edge are going to be launched.