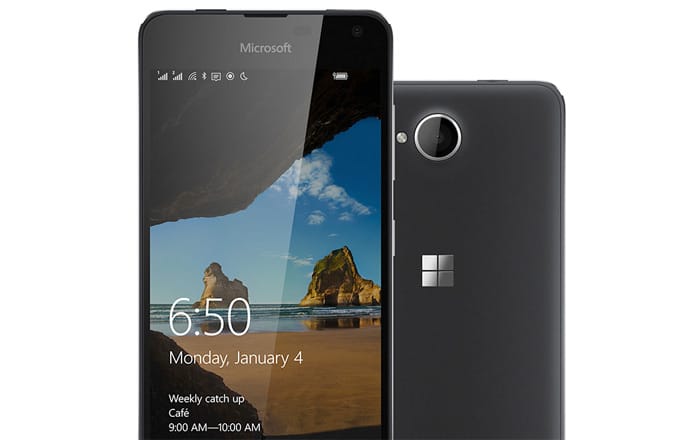 We had seen the Microsoft Lumia 650 listed on Amazon only a few days ago, and as expected, its maker has finally decided to officially launch the device in India. Priced at Rs 15299, this handset can be bought in the form of a 4G-enabled dual SIM model in the country.

When the Microsoft Lumia 650 was spotted on Amazon recently, it was being sold at Rs 16700 and Rs 16599 for its black and white models, respectively. But while the device has a ‘currently unavailable’ tag against it on the e-commerce website now, fans will indeed be pleased to know that has grabbed a cheaper price than that.

This Windows 10 Mobile handset brings most of the features of this new operating system, but the one major thing missing is support for Continuum. Available on the Lumia 950 and 950 XL models, this trait allows you to turn any display into a full-fledged PC by connecting the phone to a small accessory.

A look at the key specs of the Microsoft Lumia 650:

Microsoft has equipped this device with support for Cortana, its OneDrive storage solution as well as Office 365. The company has mainly targeted it towards the enterprise audience. The Lumia 650 adopts a 5-inch screen and a Qualcomm Snapdragon 212 processor. Its design features a metal frame, while it has a thinness of just 6.9mm.

You should start finding the Microsoft Lumia 650 in your local markets in the coming days at its above mentioned price of Rs 15299.