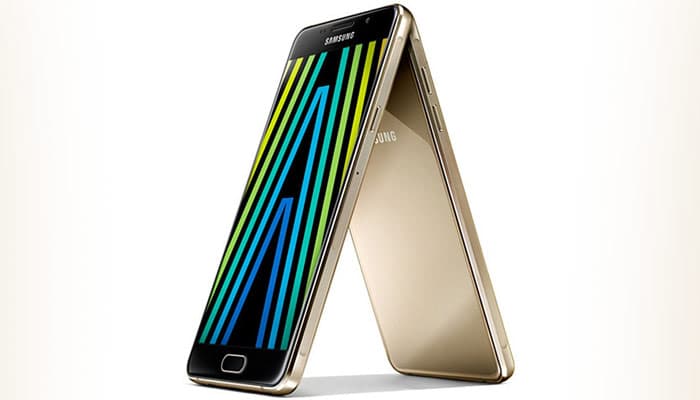 Samsung has finally launched the Galaxy A5 (2016) and Galaxy A7 (2016) in India, about 2 months after it had first introduced the handsets to the world. The brand hasn’t brought the A3 with the two, however, with no word on when the cheapest variant of the 3 will arrive in the country.

The Samsung Galaxy A5 (2016) and Galaxy A7 (2016) will be available to Indian consumers via Snapdeal and offline outlets starting from February 15. The company has priced the 4G-ready phones at Rs 29400 and Rs 33400, respectively. Both have been granted a glass and metal look, a significant change from its predecessors.

Diving into the specs of the Galaxy A7 (2016), the device flaunts a 5.5-inch 1080p sAMOLED display protected by 2.5D Gorilla Glass 4. It gets its engines running thanks to a 3300mAh battery which has been equipped with fast charging abilities. The technology apparently refuels the smartphone up to 20% faster.

Another notable feature of the Samsung handset is its fingerprint scanner. The company has blessed the phone with a 13MP camera accompanied by LED flash, an aperture of f/1.9 and OIS. The 5MP front-facing snapper sports the same aperture and comes with various selfie-focused features such as Wide Selfie and Palm Selfie.

The dual-SIM Galaxy A5 (2016) offers a similar set of features when compared with the A7 except for a few key differences. For instance, it packs a smaller 2900mAh battery, a 5.2-inch sAMOLED full HD screen and 2GB of RAM. Both units ship with Samsung Pay and will be sold in black, gold and white colors.