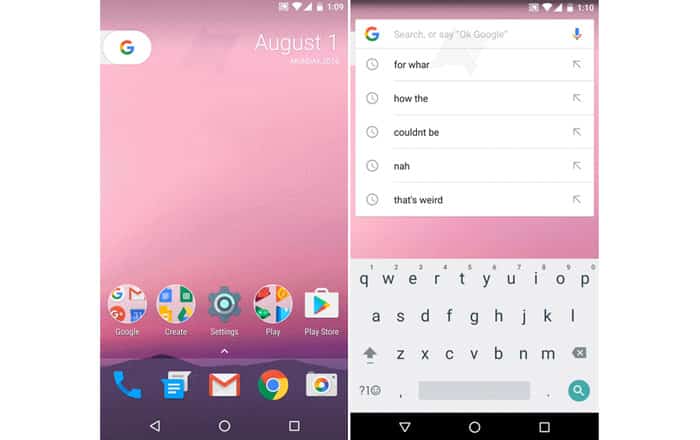 Google’s highly anticipated Android 7.0 Nougat OS and 2016 Nexus smartphones are expected to come out soon with a slew of new features and updates. A new leak has now provided the world with an in-depth look at what exactly these changes could look like.

According to Android Police, Google is planning to introduce a brand-new launcher for its 2016 Nexus phones. It’s not clear whether the revamp is exclusive to Nexus devices or whether it extends to other phones as well. The biggest change in the overhauled launcher is the disappearance of the app drawer icon.

The app drawer itself still exists, but is now hidden behind a frosted glass section. To access it, you’ll either have to slide up anywhere in the frosted zone around the arrow or tap on the arrow to instantly pull it up. You can close it by swiping down or tapping the back button. 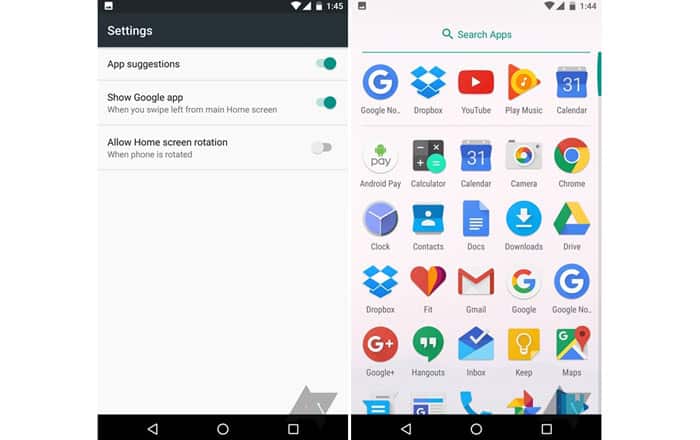 The drawer notably sports a redesigned search bar on top, but otherwise looks the same as before. However, the same cannot be said for the homescreen, as the Google search widget has been eliminated in favor of a calendar widget which cannot be removed.

You’ll have to rely on a new G button on the left side of the screen to get any searching done. Tapping on the icon opens up a search bar, while pulling on it reveals a search page with trending news. Other major changes include a settings toggle to switch off the Google Now pane and new navigation buttons with a flower-based home button.

It should be noted that Google may change its mind and make modifications to its launcher before Android 7.0 Nougat is officially released, so the new leak may not be reflective of the final product.