Lo and behold, a smartphone so laden with privacy features that it carries a price tag of £9500. Meet the Solarin from a new Israeli company called Sirin Labs. It is the world’s most expensive Android smartphone at the moment. Its £9500 price tag converts into about $14000 or around Rs 9.26 lakhs, excluding local taxes.

It is of course targeted towards millionaires and business executives with insider secrets to hide. But to be more specific, it’s meant for those who are willing to let go of any amount of money if it means owing a smartphone heavy on security. The company’s founders don’t want to be associated with luxury brands like Vertu or Gresso.

The high price of the Solarin has to do with its technology and not its appearance. It’d somehow be easier to believe the makers have a genuine desire to protect their device from the nouveau riche and brand snobbery if Hollywood stars Leonardo DiCaprio and Tom Hardy, weren’t reported to be in attendance at the launch.

In terms of hardware, the Solarin is not superior to current-gen flagships from bigwigs like Samsung and HTC. But its Android software has been furnished with chip-to-chip 256-bit encryption that is similar to the kind used for military purposes. Added to the mix are other security features made possible by Sirin Labs’ partnerships with the experts from Koolspan and Zimperium. 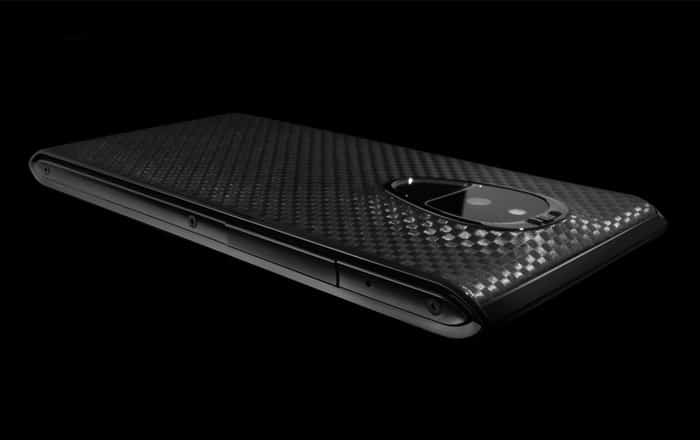 The Solarin has been fitted with a 5.5-inch Quad HD display, and is powered by a large 4000mAh battery. The latter lends the unsavory bulk to its frame. The makers have pushed inside it the last-gen Snapdragon 810 processor rather than the new 820 model, never mind the former’s overheating glitch. 4GB worth of RAM and 128GB memory space are also on offer, apart from a 23.8MP rear camera.