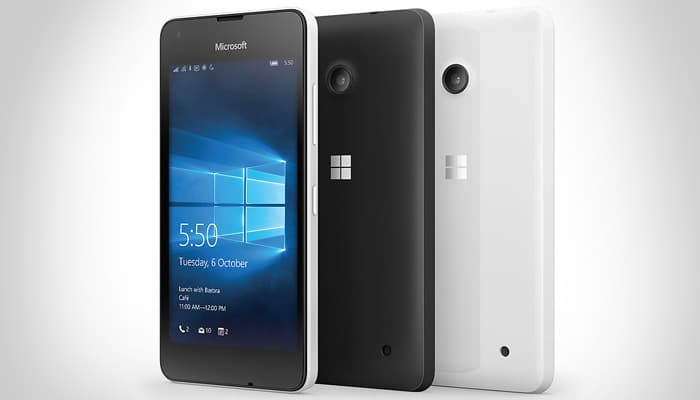 It’s obviously not the most anticipated device of the year, but the Microsoft Lumia 550 should still offer decent value for money to fans of Windows phones. Microsoft had announced the handset along with the Lumia 950 and 950 XL back in October 2015. It was supposed to have hit India last week, shortly after its launch abroad.

But the Lumia 550 is still carrying a Coming Soon sign on the company’s product page for the Indian market. Meanwhile Amazon has it up for purchase at Rs 9999, the official seller being Microsoft itself. Considering the smartphone’s specs, there’s little reason for anyone to single it out from the dozens of options available out there.

Only those who have been specially looking for a budget-friendly Lumia phone might be interested in it, considering that this is one of Microsoft’s cheapest Windows handsets to date. The Lumia 550 is powered by an unimpressive quad core Snapdragon 210 processor with merely 1GB of RAM. It has a 4.7-inch screen producing visuals in 720p HD resolution.

Above the display of the Microsoft Lumia 550 lies a 2MP camera, while its back panel is given to a 5MP snapper with single LED flash. At least one thing you may not have to worry about is storage. The 8GB of internal hoarding space in this 4G-enabled device is supplemented by a microSD card slot which is capable of holding a memory card of up to 200GB.

Folks who want to lay hands on the Microsoft Lumia 550 can head over to this Amazon India page.