With its 4X variant doing quite well in the market, Huawei has now unveiled a successor in the form of the Honor 5X which ships with mid-range specs, as one would expect. This device has only been showcased for China though, and there’s no word on when it will be made available in other markets.

The biggest change which the Huawei Honor 5X bears over its predecessor is its metal body. Despite this uni-body design, the phone still finds a spot for a microSD card slot; just in case you’re worried about it. The device moreover, also incorporates a fingerprint reader which sits right below its rear camera.

This Huawei offering has been blessed with a 5.5-inch 1080p full HD monitor. It’s powered by the Qualcomm Snapdragon 615 chipset featuring a a 64-bit octa core CPU and an Adreno 405 GPU. 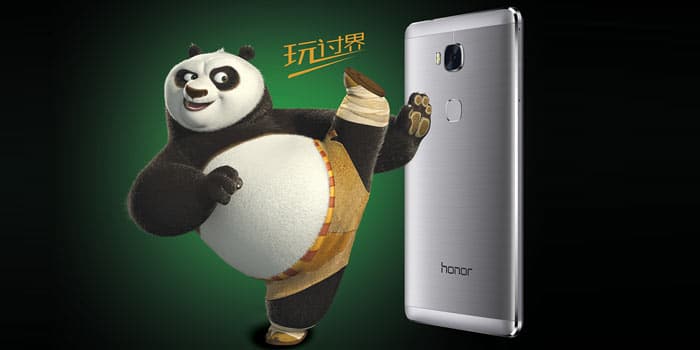 Two different versions of the Honor 5X will be sold by the company, with one offering 2GB of RAM and the other, 3GB. This phone kicks in 16GB worth of storage space which is further expandable by means of its microSD card slot. A 3000mAh battery can be found inside it, equipped with fast charging support. Its camera setup is same as that of the 4X.

A quick glance at the key specs of the Huawei Honor 5X: