November 30 is most likely the date on which Microsoft will be introducing its Lumia 950 and Lumia 950 XL smartphones in India. These latest beasts from the Redmond-based company run the Windows 10 Mobile operating system, and offer a range of other advanced features.

Microsoft will be holding an event in New Delhi on November 30 in order to officially introduce us to the Lumia 950 and Lumia 950 XL handsets. That’s most likely when we’ll finally be getting to know the exact price and release date details of these offerings.

Microsoft is also expected to launch its unique Display Dock on November 30. This little device extracts the power of Windows 10 Mobile to connect your phone to a large screen monitor and convert it into a full-fledged PC. 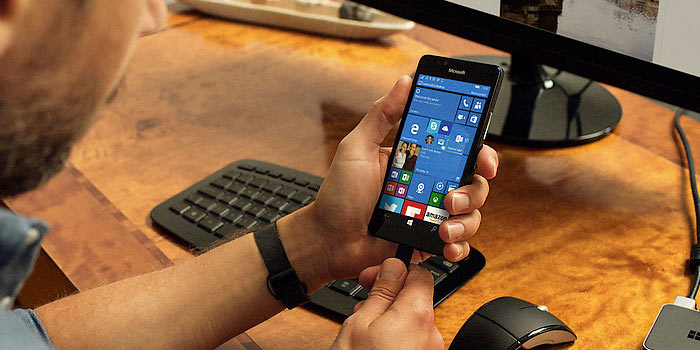 Among the new phones, the Lumia 950 is the smaller one with its 5.2-inch display bearing Quad HD resolution. You’ll also find inside it a Snapdragon 808 chipset, while its camera duties are handled by a 20MP rear camera and a 5MP front snapper. The phone also features USB Type-C support.

A neat look at the specs of the Microsoft Lumia 950 and its XL model:

The Lumia 950 XL on the other hand goes for a 5.7-inch Quad HD display and runs the Snapdragon 810 CPU. It carries the same basic specifications as those of the other phone, except for a larger battery.

Also Read: Microsoft says Windows 10 will keep spying on you

Let us now wait until November 30 to see what price points at which the Microsoft Lumia 950 and Lumia 950 XL handsets will be sold in India.