TechShout
Home Mobile Phones Buy a Motorola Moto X and get a Moto E for free,...

It sounds like too good a deal to be true, but buying the second-gen Moto X Pure Edition will net you a free unit of the second-gen Moto E’s 3G model if you’re from the US. This offer will remain active till March 24, and for some reason Motorola hasn’t bothered to speak about it officially yet.

While the new Moto X’x Pure Edition starts at $499.99, the 3G model of the new-gen Moto E has its price set at $119.99. It’s hence a brilliant deal for someone who wants to buy the Motorola flagship. It can be availed right now through the company’s official website. 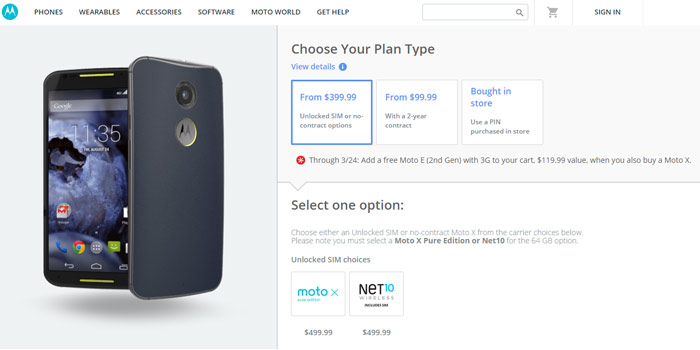 The above mentioned offer on the Moto X does not apply to its carrier-based models. If you wish to buy it unlocked on AT&T or Verizon, you won’t be furnished with the free Moto E.

The second-gen Moto X was launched by the company in September last year, and it also went on to act as a base for the Nexus 6 which is built by Motorola. The device carries onboard a 5.2-inch full HD display and runs on a Qualcomm Snapdragon 801 chipset.

Here’s a full look at the specs of the second-gen Moto X: 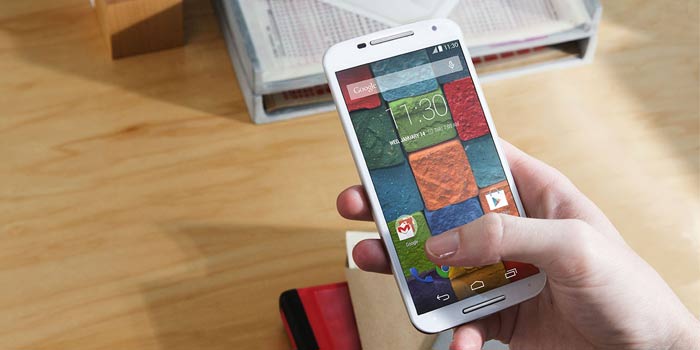 This offer which grants US consumers a free unit of the new Moto E (3G) along with their purchase of a Moto X was brought to our notice by a Reddit post made by a user named ‘confubitated.’ It will be valid only till March 24; so interested parties must hurry up.