Motorola has constantly been offering price drops for its Moto X (2014) with an obvious aim of countering flagship models from other companies which have already hit the market, even as its own 2015 variant waits to be unveiled. In one more such scheme, the company has decided to start offering the handset via Moto Maker at an off-contract price of $299.99.

This applies to the 16GB model of the Moto X, with upgrades to 32GB and 64GB costing $50 and $100, respectively. This discount will run through June 29, and will be accompanied by a 30-day return window which will allow buyers to return the handset and get their money back in case they’re not pleased with its offerings.

There are two more things to remember while taking this new deal from Motorola. The company will be letting you take advantage of its one-time ‘do-over’ scheme that lets you redesign your handset in Moto Maker in case you aren’t satisfied with the original design. 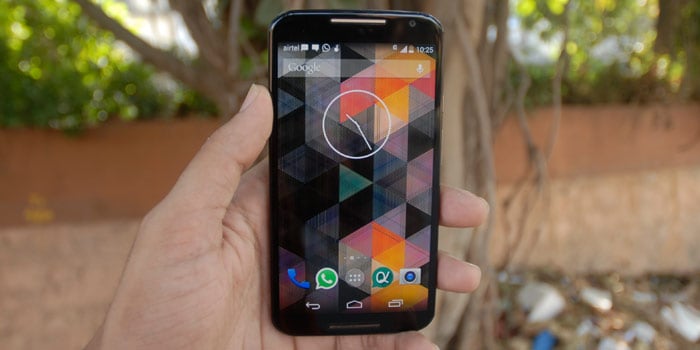 The final aspect about the deal is that availing of the $50 discount requires you to pay the full $349.99 amount at first via your credit card. Following the span of 6 to 8 weeks after the delivery of the Moto X, $50 will be transferred to your account after you’ve completed a particular survey.

Interested parties can head over to Motorola’s official US website in order to place their orders for the Moto X (2014) before June 29.