We’ve been referring to it as the Mini, but it’s now safe to call it the OnePlus X even as its maker has released a teaser image that clearly alludes to this name. October 29 is the date which this picture highlights, suggesting that the new smartphone will be unveiled at the end of this month.

That being said, a listing for a device named OnePlus Mini has been spotted on Amazon India. It has given away a number of important components of the X handset, but has stayed shy of revealing its price. Nonetheless, what’s important is that most of these specs match those that have leaked in the near past.

The X will ship with a 5-inch 1080p full HD display onboard. The OnePlus 2 carries a huge 5.5-inch monitor; so the new phone will be a great option for fans who want a smaller device to fit into their palms. An interesting point mentioned is that the new panel will feature the ClearForce technology which is identical to the iPhone 6S’ 3D Touch functionality. 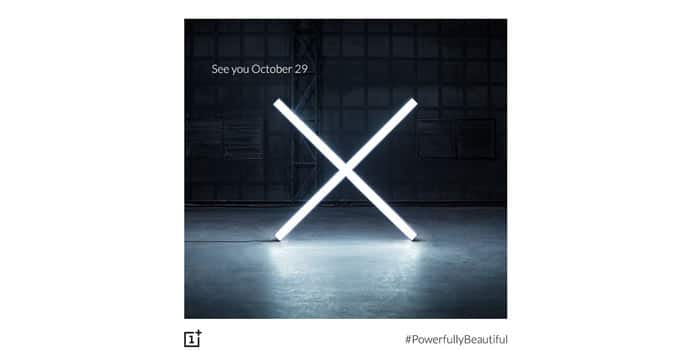 Oxygen OS 3.0 which is based on Android 6.0 Marshmallow has been listed as its software. That should definitely make it one of the first non-Nexus devices to ship with the newest Android release out of the box. This OnePlus offering will bear a metal frame that will be accompanied by some sort of a Side Touch feature.

A neat look at the leaked specs of the OnePlus X:

Like we said, the OnePlus X is most likely to be unveiled on October 29. The leaked listing on Amazon India which was first spotted by True Tech said that it will be sold with invites, which is expected but unfortunate.