Chinese OEMs have been earning themselves a lot of popularity over the years and while some like Xioami and Huawei have managed to go global, there are a few others worth keeping an eye on. Take Meizu for example, the company behind the MX 4 handset which made headlines at launch. Another device from the OEM called the M1 Note is soon to be made globally available for purchase and it has some interesting features for the price tag it carries.

The handset in question was launched back in December of last year and is being touted as a highly affordable phablet with high-end features. The Meizu M1 Note is basically competition to the Redmi Note from Xiaomi and it’ll probably go up against the second gen model which recently got leaked. 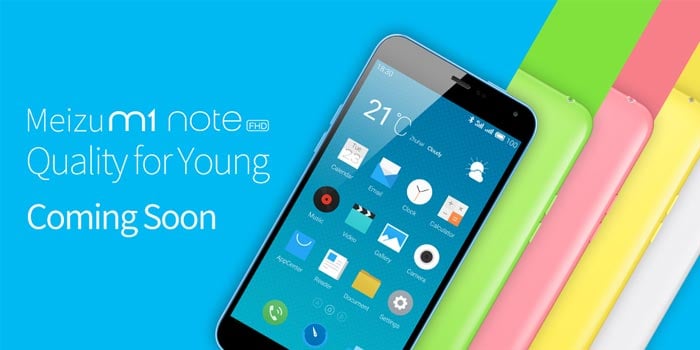 The Meizu phone’s retail tag is around $160, but Meizu News notes that it could go on sale at $200. For that amount, you get an iPhone 5C-like handset which comes in bright colors. A 5.5-inch display offers visuals at 1080p resolution on the front and you either get the MediaTek MT6752 processor or the Snapdragon 615 chip.

Both SOCs offer 64-bit support and an octa core configuration. Additionally, the M1 Note comes with dual SIM card slots, 4G LTE connectivity and a large 3140mAh battery. The company’s own Flyme 4 OS which is based on Android will also be preloaded.

As mentioned above, Meizu is yet to set up shop in global markets, but it’s offering its devices worldwide through its own online store where the M1 Note is listed as coming soon.