Aimed at female smartphone buyers in India, the Intex Aqua Glam has just been launched by the New Delhi-based company. Priced at Rs 7690, this device happens to be a selfie phone thanks to the fact that an 8MP camera sits of its front surface.

The Intex Aqua Glam has been decorated with crystals that have been encrusted all over its body. It runs the Android 5.1 Lollipop OS, and features a number of apps that have been aimed towards the female crowd. These include Sashakt which is an emergency app, the Sanjeev Kapoor Recipe app, the Preksha meditation app, the YouCam makeup app and the Myntra shopping app.

Intex has fitted onto this smartphone a 4.7-inch display bearing an HD resolution of 720 x 1280 pixels. This dual SIM 3G device is powered by a 1.3GHz quad core MediaTek MT6580 processor that’s assisted in its operations by 1GB worth of RAM. There’s 8GB worth of storage present onboard as well, apart from a microSD card slot. 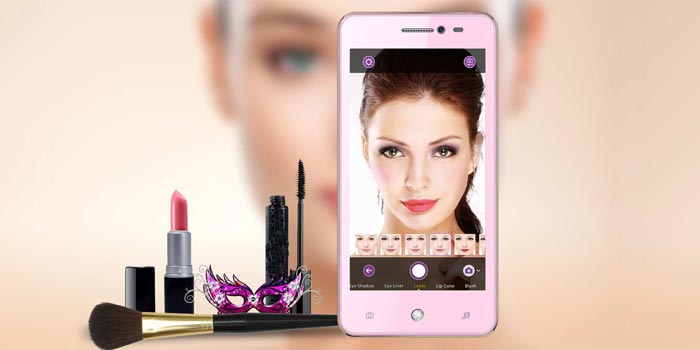 Just like its front camera, the rear snapper on the Aqua Glam too kicks in an 8MP sensor. Its 1850mAh battery has been revealed to be capable of offering 6 hours 30 minutes of talktime and 180 hours standby time.

A neat look at all the key specs of the new Intex Aqua Glam: 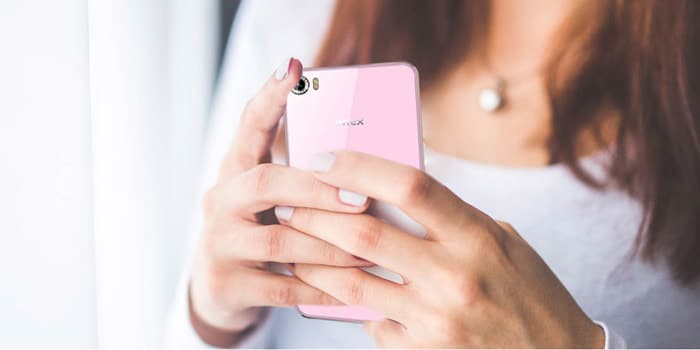 The pink colored Intex Aqua Glam has its price set at Rs 7690, while its champagne colored variant will be seen going for a little cheaper, at Rs 7590.