With just a day to go before its potential launch, rumors about the Xiaomi Redmi Note 2 refuse to die down. The two latest ones confirm many specs revealed earlier, but also lead to new questions since the images that come with them don’t match.

One leak arrives courtesy of a retailer’s listing of the handset. If the page is to be believed, the Xiaomi Redmi Note 2 will cost $199 (approx Rs 12900) and have a 3600mAh battery. Meanwhile the other rumor exposed through Weibo says it may be priced at $155 (about Rs 10000) and contain a 3020mAh battery.

There seems to be contrasting information in the design too. The placement of the front sensors and camera on the device on Oppomart differs from that of the phone uncovered through the G4Games (via MyDrivers) leak. Both websites otherwise pretty much list the same set of specifications though. So there is some clarity on what to expect when the Xiaomi handset is finally released. 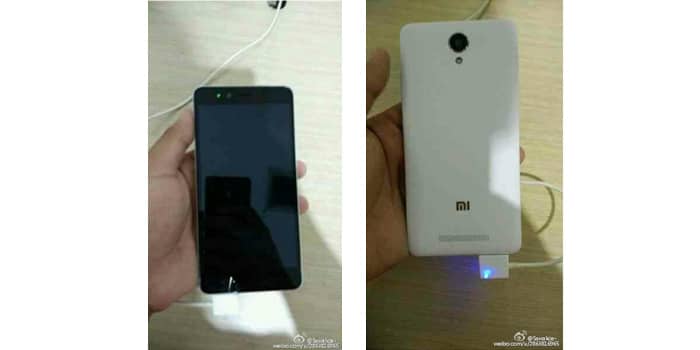 The Redmi Note 2 is set to sport a 5-inch full HD screen and be powered by a 64-bit octa-core 2.2GHz MediaTek Helio X10 (MT6795M) SoC. It’ll be supported by 2GB of RAM and 16GB of expandable storage. There could be a more powerful 3GB RAM variant of the phone on the cards too.

The dual-SIM Xiaomi smartphone will reportedly carry a 13MP main camera with zero shutter lag and dual-tone LED flash. Selfies may be taken care of using a 5MP front-facing lens. The device is speculated to run on Android 5.1 Lollipop-based MIUI 7 and may even be the first to carry it out-of-the-box. 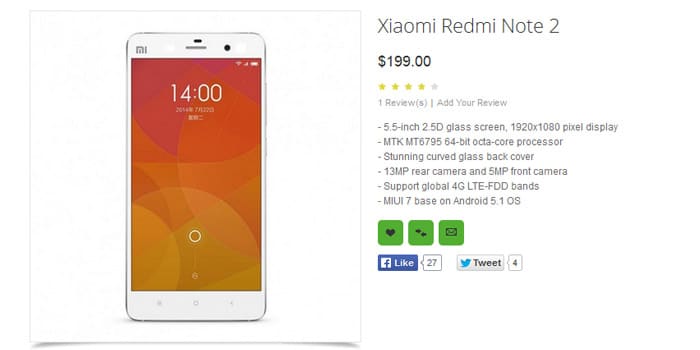 The Xiaomi Redmi Note 2 might be officially launched on August 13 in China along with the company’s new MIUI 7 OS. We’ll keep you posted on new developments as they flow in.