Samsung has a new and extra powerful Exynos 8 Octa 8890 chipset up its sleeve now, which is all set to enter production this year. While the South Korean giant hasn’t revealed what devices it wishes to push the fresh offering into, it won’t be farfetched to guess that it will be the main component of its upcoming Galaxy S7 line of handsets.

The Samsung Exynos 8 Octa 8890 happens to be only the second premium application processor built on the 14mm FinFET process. It’s intended to be a one-chip solution offering a CPU, a GPU, an LTE modem and all else to OEMs, to help them in saving precious space inside their handsets in order to keep their sizes small.

There’s of course a custom designed octa core CPU present inside it, toiling with a 64-bit ARMv8 architecture. The latest LTE Rel.12 Cat.12/13 modem has also be granted to it by Samsung. As for the graphics, they are handled by ARM’s latest Mali-T880 GPU. 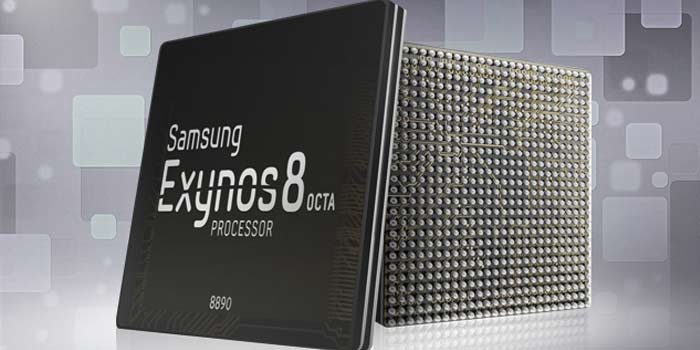 The Exynos 8 Octa 8890 has been revealed to offer more than 30 percent improvement in performance and 10 percent in power efficiency as compared to its predecessor, the Exynos 7 Octa. The chipset moreover, is also able to support enhanced heterogeneous multiprocessing for all its eight cores, four of which are custom-made and four are ARM Cortex-A53.

As for the hardware it will be able to support, displays of up to 4K UHD (4096 x 2160 pixels) or WQUXGA (3840 x 2400 pixel) resolutions have been ticked off. Samsung hasn’t mentioned the maximum camera resolution though.

The Samsung Exynos 8 Octa 8890 will hit production by the end of this year. Since the Galaxy S7 is expected to be launched early next year, there’s a good chance that the processor will end up powering the flagship.