A new Vivo V1 smartphone has landed in India, and is looking to impress prospective buyers with its 13MP rear camera and the fact that it runs the Android 5.0 Lollipop OS. It’s scheduled to hit the country’s market later this month, and it’s only then that we’ll have a proper idea about its retail value.

The Vivo V1 is distinguished by its metal body that would indeed mean a slightly higher price than one would expect such a device to sell at. It boasts of a 5-inch display which is able to showcase its visuals in an HD resolution of 720 x 1280 pixels.

The Snapdragon 410 chipset can be found ticking inside it, offering the prowess of a 64-bit 1.4GHz quad core processor. Assisting this Vivo handset in its operations is a 2GB RAM module and an Adreno 306 GPU. 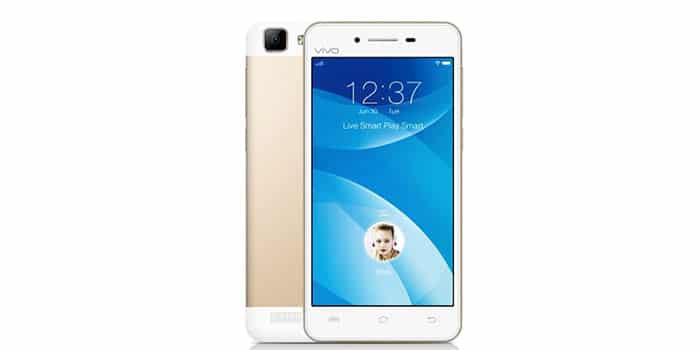 For photography enthusiasts, the company has fitted onto the V1 a 13MP rear camera with an LED flash. Besides, there’s a 5MP front snapper present on it as well, offering a wide angle lens for better selfies. Powering the handset from within is a 2300mAh battery that’s assisted by a special Stamina mode meant for conserving power.

Here’s a clearer look at the main specs of the new Vivo V1:

Along with the Vivo V1, a new Max model of the same handset has also been revealed for India. However, its specs as well as availability and pricing information has been kept a secret for now. We’ll have more on it when any details are out into the open.