2013 was when the Nokia 105 was first made official by its makers, but its popularity had forced them to announce an upgraded version of it recently. It’s this model that has just been launched in India as a dual SIM phone that can be purchased in exchange of just Rs 1419.

The original Nokia 105 has reportedly managed to sell off over 80 million units globally, which is what convinced the Microsoft-owned firm to come up with a successor. This simple feature phone runs the Series 30+ OS, features a flashlight at its top end.

The 105 Dual SIM indeed kicks in basic Internet support via its incorporation of the 2G connectivity standard. Being a Nokia device, it’s expected to have a great battery life, and it delivers that through its 800mAh power pack. This unit is able to keep the handset going for 12.5 hours of talktime and around a whopping 35 days of standby time. 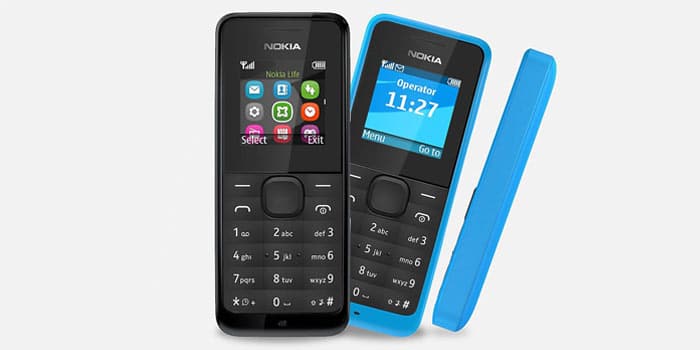 Nokia has infused it with a 1.4-inch LCD Transmissive 128 x 128 pixel color display. It offers 384KB of RAM, and has enough storage to occupy up to 2000 contacts. There’s of course no camera onboard, for it has only been aimed towards first-time mobile phone users, as revealed by Microsoft.

The 105 comes with FM radio support which is a great addition for those residing in India, where music streaming is still to go mainstream. Sized at a decent 108.5 x 45.5 x 14.1mm, it has its weight set at 70gms. 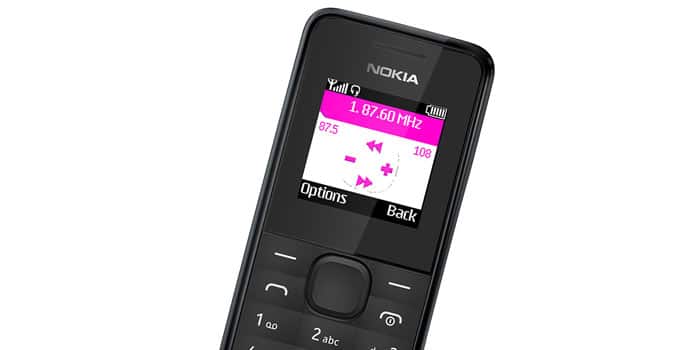 The new Nokia 105 Dual SIM is already being sold in India by Microsoft online in the form of blue and black color options at its slightly revised price of Rs 1140.